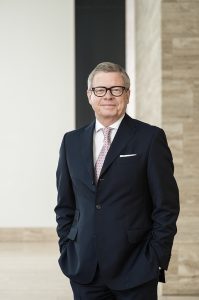 Wolfgang F. Driese, CEO and Chairman of the Board of Managing Directors, commented on DVB’s quarterly results: “As expected, the business environment we operate in is a very challenging one. Besides the general global economic weakness and the uncertainty caused by the sovereign debt crisis, our clients and the markets we cover are burdened especially by distortions as a result of significant excess capacity in some shipping subsegments – specifically, tankers, bulkers and container vessels. Managing risks therefore remains at the heart of what we do. Despite the challenging environment and the subdued start to 2012 that we have experienced in this first quarter, we nevertheless affirm our target for the year as a whole: to generate results that will be comparable to the previous year.”

Total income (comprising net interest income after allowance for credit losses, net fee and commission income, results from investments in companies accounted for using the equity method, and net other operating income/expenses) of €82.0 million for the first quarter of 2012 almost matched the previous year’s level (down 1.0% – Q1 2011: €82.8 million).

Net fee and commission income, which primarily includes fees and commissions from new Transport Finance business, and asset management and advisory fees, was down 9.9%, to €24.5 million (Q1 2011: €27.2 million).

General administrative expenses rose 3.9%, to €44.9 million. Staff expenses increased by 6.4%, to €25.0 million, reflecting the fact that the DVB Group employed 55 more staff members at the end of the first quarter of 2012, compared to the same period of the previous year (31 March 2012: 687 employees; 31 March 2011: 632 employees). Higher bank levy charges and contributions to BVR, the Association of German Cooperative Banks, meant that non-staff expenses (including depreciation, amortisation and write-downs) increased marginally by €0.2 million, to €19.9 million.

Even though DVB hedges its risk exposure to interest rate and currency fluctuations to the greatest extent possible, the Bank is subject to significant earnings volatility due to the application of IAS 39; from DVB’s point of view, it is impossible to manage these swings whilst adhering to its economic hedge targets. Specifically, net income from financial instruments in accordance with IAS 39 (comprising net trading income, the hedge result, the result from the application of the fair value option, the result from derivatives entered into without intention to trade, and net income from investment securities) showed a marked swing to €-15.1 million (Q1 2011: €13.2 million), reflecting higher volatility levels prevailing on foreign exchange and interest rate markets. Consolidated net income before taxes therefore declined to €22.0 million for the first quarter of 2012, down by 58.3% year-on-year.

DVB reported total assets of €22.5 billion as at 31 March 2012, up 2.3% from the 2011 year-end (31 December 2011: €22.0 billion). The nominal volume of customer lending (the aggregate of loans and advances to customers, guarantees and indemnities, irrevocable loan commitments, and derivatives) decreased slightly by 2.3%, to €21.2 billion. Due to the fact that 87.0% of customer lending is denominated in US dollars, a year-on-year comparison in US dollar terms (up +1.1% to US$28.4 billion) reflects business developments more accurately.

You can find a video commentary by Wolfgang F. Driese, CEO and Chairman of the Board of Managing Directors of DVB Bank SE, at: www.dvbbank.com.

Focus on Greece and the Cruise Industry