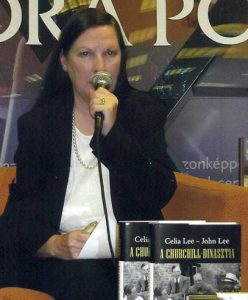 Poland’s government has responded to an SOS over the fate of the much-loved Polish Hearth Club in London with a £20m gesture, according to sources.  Warsaw is apparently prepared to pay a market price to prevent the premises falling into the hands of property developers.

Polish leaders are standing by with the offer if no other solution can be found. A decision to put the Exhibition Road club up for sale, because it apparently needs £1m to be spent on urgent upkeep, has caused outrage among sections of the estimated 1m people in the UK with Polish background or connections.

What has happened to bring about this sudden sale?  Could it be that a mystery buyer has put in a bid, which has sparked alarm among members that the building’s historic link with Poland will be severed.

Alongside the many causes in the maritime world and elsewhere which have adopted the acronym SOS (including prominently the shipping industry anti-piracy campaign), the Save Ognisko Society was created to campaign against the sale of Kensington-based club known in Polish as Ognisko Polskie, and explore options to help improve its popularity and financial security.

An intervention by the Polish authorities would maintain the building’s historical link with Poland, and enable the continuation of Polish cultural events, including the celebrated tradition of hosting book launches. While welcoming such an initiative, many interested parties would rather a solution be found to allow the club to remain wholly independent.

A minority of the committee members has claimed that chairman Andrzej Morawicz and the bulk of the committee decided to go for a sale without consulting them. The proposed sale would be an immense loss and very damaging to the Polish community, according to the Polish Heritage Society UK – a registered charity which, says its website, “exists to remember, record and propagate among the wider British public the contribution of Poles to our shared, common cultural and historical heritage within the UK.”

The society is urging members to vote against the sale, at an extraordinary general meeting that has been fixed for May 27 2012. An on-line petition calling for a rethink on the disposal has been signed by more than 1, 700 people.

One rallying meeting was hosted by the Polish-born artist Basia Hamilton, who is renowned for her portraits of British royalty and other leading figures. The Duke of Kent and Lord Parkinson are among those who oppose a commercial sale. Lord Parkinson, a former president of the Anglo-Polish Conservative Association, which held all its meetings at the club, said it would be tragic if the building with its history and memories for generations of Polish people living in London, should be sold.

The club was founded 71 years ago for Poles who were regrouping in Britain when Poland fell to the Nazi invasion and was bitterly fought over by Soviet forces. It was the meeting place of the Polish government in exile, and continued to be the headquarters of oppositionists for 50 years.

Writer and historian Celia Lee, who is a great supporter of the Polish community, told us: “Prince George, the first Duke of Kent , officially opened the Polish Hearth Club in 1941. The Polish people adored ‘gorgeous George’ and invited him to become King of Poland. Sadly, he was killed on active service in 1942, when his ‘plane crashed into a hill in Scotland shortly after take-off.

“It was to have been an honour for me to launch the first ever book about Prince George’s son, His Royal Highness Prince Edward The Duke of Kent, at the Polish Club in about two years’ time, ” said Ms Lee, who is author of The Churchills and joint editor with Paul Strong of Women in War. “If the sale of the club goes ahead [as originally mooted] our goal will not be fulfilled, and Ariadne’s thread of history will be broken.”

Lord Belhaven and Stenton, who was decorated with the award of Commander, Cross of Order of Merit of Poland in 1995, is among those who have rushed to the defence of the club. Married to a Pole, Lady Malgosia, he has been a member of the club since 1986.

In a published letter, Lord Belhaven said: “The club has historic significance for Poles in the UK far beyond the pecuniary value of the property.” It had stood as a standard for all free Poles through the dark ages of German and Soviet occupation and was a living monument to the bravest nation in Europe.

The club was once described by Time Out as a “romantic, relaxing destination” for dining.