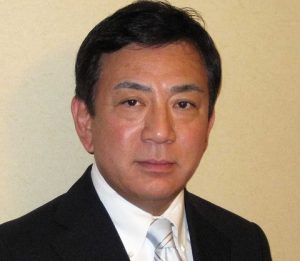 The International Chamber of Shipping (ICS) held its Annual General Meeting in Port Douglas, Queensland, from 24 to 25 May, hosted by the Australian Shipowners’ Association.  The meeting was held back-to-back with the AGM of the Asian Shipowners’ Forum (ASF) which comprises the national shipowners’ associations of Asia.

At the ICS AGM, national shipowners’ associations from Europe, Asia and the Americas, representing all sectors and trades and 80% of the world merchant fleet, considered pressing international issues of concern to global ship operators.  Matters discussed included the continuing piracy crisis in the Indian Ocean and the challenge of further reducing ships’ CO2 emissions.  Another pressing concern discussed by ICS members was the serious problems for shipowners created by the delayed entry into force of the IMO Ballast Water Management (BWM) Convention.

“ICS members identified genuine concerns about the availability of suitable ballast water treatment equipment, the robustness of the type approval process and the huge expense of retrofitting existing ships.”

Because of major changes proposed at IMO to important draft guidelines on ballast water sampling and analysis that will be used by port state control inspectors, the BWM Convention has still not entered into force, although it may do so within the next 12-18 months.  This further delay creates other problems for shipowners due to the fixed dates by which existing ships have to install the very expensive new treatment equipment as required by the Convention’s time line.

“A very large number of ships will need to be retrofitted, a process that cannot begin properly until the various IMO Guidelines have been finalised.  ICS has concluded that the issue of fixed dates needs to be addressed urgently and that a serious discussion is needed at IMO before the Convention enters into force.” said Mr Morooka.

The ICS AGM discussed the United States Coast Guard’s Final Rulemaking on ballast water treatment (published in April) which creates serious questions as to whether the US standards for type approval of equipment and ballast water sampling, that will be used to inspect ships trading to the US, will be consistent with those expected to be adopted by IMO in 2013.

For the sake of global unformity, ICS members decided to request that IMO considers alligning  its own draft guidelines with those of the US.  The relevant ICS Committees have been asked to prepare a detailed submision to the next meeting of the IMO Marine Envrioment Protection Committee (MEPC) in October 2012.

“It is vital that we avoid the potential for chaos when the Ballast Water Management Convention enters into force.” said Mr Morooka.

ICS members welcomed the recent action by EUNAVFOR against a major pirate base in Somalia and expressed the hope that this would be the start of a more robust military response that will reduce decisively the ability of pirates to attack and hijack ships and their crews in the Indian Ocean.

“While we recognise that long term solutions are needed to restore law and order in Somalia itself, governments need to task their military to take further immediate action to restore security on the high seas now, and make it clear that any piracy will not be tolerated.” said Mr Morooka.

Together with the impressive inter-industry ‘Save Our Seafarers’ campaign, ICS national shipowners’ associations agreed to increase their efforts to raise the profile of the crisis with governments and the media.

“With nearly 200 seafarers currently being held hostage and ships still being attacked on an almost daily basis, the issue of piracy has entered the public consciousness.  But we need to do more to stop piracy becoming institutionalised and fully succeed in persuading those governments with military assets in the region to take the fight directly to the pirates, while at the same time safeguarding those seafarers held captive.” added Mr Morooka. “The current situation is still completely unacceptable, with thousands of seafarers courageously keeping world trade moving in daily fear for their lives.”

ICS members welcomed the recent progress made by IMO to develop guidelines for flag states on the use of private armed guards on board merchant ships.  However, the ICS AGM emphasised that private armed guards must only be viewed as a short term expedient and not as the solution to the eradication of piracy.  ICS believes the restoration of law and order in what remains a ‘wild west’ situation requires even more direct engagement by governments, using their military forces to tackle Somali piracy head on.

ICS members reviewed the status of discussions at IMO, UNFCCC and within the European Union with respect to further reducing shipping’s CO2 emissions.

Mr Morooka remarked: “We agreed our priority is to ensure that the ground-breaking IMO agreement made last year, on technical and operational measures for both new and existing ships, is implemented successfully once the rules come into force globally in 2013.  We are determined to achieve our goal of improving fuel efficiency across the industry by 20% by 2020.”

Market Based Measures remain very controversial, but ICS agreed to continue to engage in the debate at IMO and elsewhere on MBMs.  The ICS AGM especially welcomed the proposal by the IMO Secretary-General that IMO should commence a full impact assessment of the various mechanisms that have been proposed by governments, at the MEPC meeting in October.

“If an MBM is adopted for shipping by governments, this must be applied internationally in order to maintain the level playing field and be developed at IMO.” said Mr Morooka.

“ICS members agreed that the political and practical complexity of agreeing an MBM should not be underestimated, as the European Union is now finding with respect to aviation.” added Mr Morooka. “Regardless of whether or not a maritime MBM is adopted, ships will still reduce their emissions as a result of the global agreement on technical and operational measures already delivered by our regulator, the IMO.”