‘My ship is coming in’ – steaming slowly 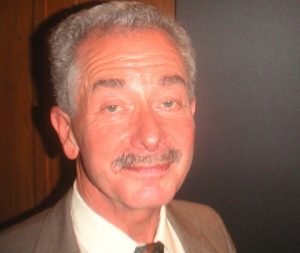 ‘My ship is coming in’ – steaming slowly. And the industry is taking up the new virtual arrival system slowly, too. By James Brewer

Shipping as a whole is moving only gingerly towards wider adoption of the so-called ‘virtual arrival clause’ – the latest endeavour to tackle high marine fuel costs.  Virtual arrival sounds like it might be a gimmicky computer game, and is more akin to a financial instrument than a standard efficiency practice, but some big players are keen to make it a regular procedure. Among them are the pioneers of the system: Intertanko, the Oil Companies International Marine Forum, and BP Shipping.

The exercise is a more sophisticated, and possibly even more controversial, stratagem than straightforward slow steaming. It featured among topics at a bunkers-themed meeting of London Shipping Law Centre. Hosted by law firm Ince & Co, the event tackled the subject of how the industry is adjusting to rising bunker prices and environmental concerns. 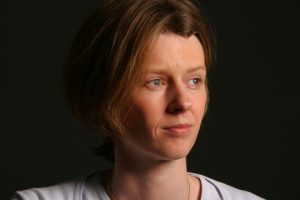 Virtual arrival has been under active debate and trial for the last couple of years, and is designed to assist ship owners, charterers and ports to come to rational agreement on sailing speed and arrival time to avoid port congestion. Mid-voyage, slots at discharge ports are assigned according to availability and weather conditions, and the vessel adjusts its speed to an ideal level. Early tests of the system produced fuel savings ranging from 7% to 20%, according to Weather News International, a routeing company involved in analysing the concept, which has a part to play in meeting growing demands for curbs on greenhouse gas emissions.

Speaking at the law centre meeting, Grant Hunter, chief documentary affairs officer at BIMCO, said that the virtual arrival clause was “a work in progress” at the ship owners’ body. A draft clause was discussed in April 2012 at a BIMCO documentary committee meeting at Singapore. The original idea was to incorporate a virtual arrival provision into a voyage slow steaming clause, but it was decided this was too complex. It is now hoped that a BIMCO virtual arrival clause will be finalised in November 2012.

Fionna Gavin, a partner at Ince & Co, provided further context, saying that such a clause ”is aimed at bringing together all the parties in the most fuel efficient way.”  She said that the system, under which a vessel is given a slot to arrive at a port and load within a fixed period, would only work with certain sectors of shipping – it would be more difficult in the tramp dry bulk sector – and works best with a relatively sophisticated port, rather than those with a ‘first come, first served’ system.  The mechanism is to agree what time the vessel would arrive if she had sailed at her full speed that is, the ‘virtual arrival.’ While the agreement is between the owner and the charterer, it is probably necessary to involve an independent third party in the calculations. That entity would calculate what were the bunker savings; and then the parties agree to share the bunker savings, so everybody benefits. “This is a very interesting initiative, because it does save costs for both parties, and fits in extremely well with IMO guidance, ” said Ms Gavin. 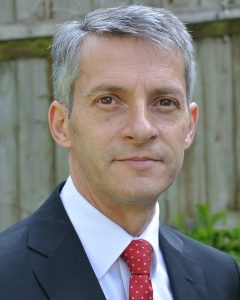 Mr Hunter said that so far, the virtual arrival clause “has not had a huge uptake, although on the face of it, it seems to have tremendous benefits.  You have to involve the entire infrastructure: the ships, receivers, terminal operators, the port authority.”

Chris Fisher of marine consultancy Brookes Bell referred to the pressures on marine fuel quality, including regulatory requirement for lower sulphur content.  He said that charterers would seek to procure fuel at the lowest possible price, and warned that some of the blending components brought in to meet low sulphur requirements should never have been used in marine fuel to start with.

He spoke of the dilemma in which “we have politicians pushing for a greener and more pleasant land and sea, and the shipping industry and the oil industry that has to produce the fuels. When we speak of environment, we are speaking from the heart rather than from the head.” He said that ships trading in emission control areas – soon to include a new boundary 200 miles off the entire coastlines of the United States and Canada – would be forced to use gasoil which was twice the price of traditional fuel. Essentially, that means ships will be switching to gasoil in 2020, but the oil producers cannot produce enough distillate fuel. There will be a review in 2018 and there could be a delay, perhaps pushing implementation to 2025.

Low sulphur fuel can damage the engine when ships do not adjust their cylinder oil, which is manufactured to deal with the corrosive elements of high sulphur fuel. This demanded that low sulphur oil had to start being transferred to the settling tank at least 48 hours before reaching the emissions control area, and there was a need to minimise the consumption of low sulphur oil after leaving that special area.  A ship might have three types of fuel oil, and two of cylinder oil, and “we have to remember which one to use at the right time.”

On the use of exhaust gas scrubbing equipment that will take out particulate matter, Mr Fisher said that in the cleaning process “we are producing slurry which has to be taken off the ship.”  Scrubbers were only worth fitting if a ship could still use fuel at half the price of distillate. Without their use, he foresaw a big problem with the supply of middle distillate.  Mr Fisher said that bio-fuels were unlikely to gain a position in the marine fuel market, apart from small ferries and coastal vessels.

Chairing the meeting were Jonathan Lux of Ince & Co, and Nicola Cox of West of England P&I Club.