Rare earths are a class of metals vital to everyday modern applications such as LED lighting, hybrid and electric cars, wind turbine motors, rechargeable batteries and consumer electronic devices.  They are not particularly rare – but extracting them from their ore can be exacting, and they are assuming a rare importance. Science is finding more and more ways to exploit their properties.

In March 2012 these normally un-newsy elements made a rare appearance in world news headlines, when the US, Japan and the European Union filed a case at the World Trade Organization against China, challenging its restrictions on rare earth exports. President Barack Obama leapt to the White House microphone to accuse China of flouting trade rules by setting quotas for exports of rare earths, levering higher prices.

The action highlighted the fact that China produces more than 95% of the world’s rare earth metals, which are not traded on exchanges and are set to be in strong demand, particularly the so-called heavy rare earths, which are the foundation of much clean technology. In fact, tightening restrictions by China on exports and environmental conditions, and a growing domestic market, may make the world’s most populous country an importer of heavy rare earths in the next five to 10 years.

So the latest statement from development company New York AMEX- and Toronto-listed Avalon Rare Metals, which owns one of the largest rare earth deposits, in the Northwest Territories of Canada, was a landmark. Announcing the results of a prefeasibility study for a rare earth elements separation plant, Avalon said it was pursuing land acquisition opportunities in the Gulf coast region of the southern United States, with two potential sites in the negotiation stage and others under consideration. Prepared by independent consultant SNC-Lavalin, the study was based on the scenario of a site in Louisiana. 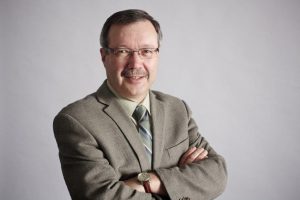 The focus on the Gulf coast arises in part from its capability of handling bulk materials on inland waterways, said Avalon president and chief executive Don Bubar, who liked the “low-cost, bulk transportation alternatives, and proximity both to suppliers of the chemical reagents required for the separation process and to potential customers for the company’s rare earth products.” Mr Bubar said that there was no such facility outside of China of any real size, or of the size the company would need to process its heavy rare earths.

Two larger companies, New York-listed Molycorp and Australia’s Lynas are also setting a hot pace in this speciality, but their production is primarily of light rare earths, and few other projects are lined up in the next five years.

Avalon is negotiating with landowners to determine the suitability of properties, but has not ruled out other locations in the US and in Canada for the separation plant.

SNC-Lavalin estimated that the capital cost for a 10, 000 tonnes per annum plant could be 25% greater or less than $302m. Rail spurs from existing lines would accommodate shipment of concentrate feed stock, and shipment from the plant.

The plant would treat chemical concentrates with a blend of light and heavy rare earth elements originating from the deposit at Thor Lake, near the city of Yellowknife. The concentrates will be produced by a sulphuric acid bake plant planned for the Northwest Territories and a cracking plant probably on the same lspot.

Avalon aims to begin processing ore and separating heavy rare earth elements by the end of 2015 and to have product for sale around late 2016. The Canadian company is in a good position to ride out the bear market.  It is debt-free and fully-funded for now, and has been in talks to win project financing from committed offtake interests.  It said it has non-binding memoranda of understanding with four Asian industrial companies as strategic investors or technology partners. Discussions are in progress with other potential customers in Asia, Europe and the US.

The main riches of the Nechalacho deposit are europium, terbium, dysprosium and neodymium. Tantalum, niobium and zirconium are also significant here. Avalon has four other projects in Canada, and one in Utah. The company prides itself on its social and environmental stewardship. All producers are closely scrutinised by authorities and environmentalists, because of the radioactive elements contained in rare earth deposits.

‘My ship is coming in’ – steaming slowly