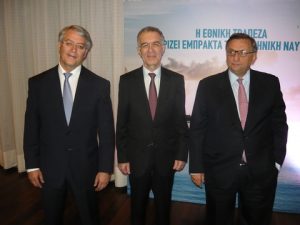 In the aftermath of May’s  full moon and “complimented” by  the Saronic Gulf’s breeze, one of Greece’s best establishments and one of the first five greek  listed entities in New York’s Stock Exchange, the National Bank of Greece  held its Posidonia 2012 reception in modesty but in free-spirit style too. Our editor John Faraclas was there with his camera:

Over 500 guests gathered at the Westin Hotel at the Astir Palace’s resort  in Vouliagmeni, one of the world’s best spots, to celebrate yet another Posidonia. 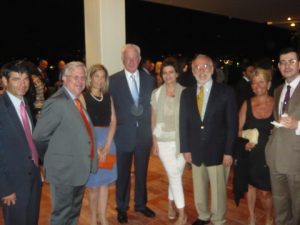 Guests were greeted by the trio Alexander Tourkolias, head of the bank’s shipping division, Vassilis Rapanos, the Chairman of the Board and Apostolos Tamvakakis, the Bank’ CEO. London branch’s head Vassiliki Campbell on a great day as she had to look after the London Greek Shipping Fraternity and staunch supporter of the bank!

Excellent buffet food and drinks complemented by unique sweets, very personal service by the hotel’s catering personnel, the event turned to a surprise for all: Greece’s Prime Minister Panagiotis Pikramenos and his wife Athena  where amongst the guests enjoying the support of the shipping world and beyond. 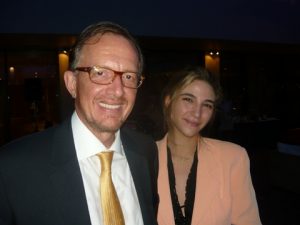 The Prime Minister, a very down to earth person, “conquered”  everybody with his approach, points of view on the capability of Greek shipping  and above all proved a good listener!

Amongst the hundreds of guests, which included Shipowners, Shipbrokers, Insurance brokers, Lawyers, Finance brokers and  Marine Consultants, Yacht owners and brokers, we spotted Terry Tsafos and his wife, Aris Manias – a close friend of the Prime Minister and his wife Katerina, the Hadjipateras’ and Angelakos’ from Inousses and London, Aris Syngros from Helexpo, up and coming security jurnalit Iro J. Theofanides, hipbroker George Lemos, Dimitris Melissanides, George and Zoe Tsavliris, young Andreas  Campbell,  Solicitor Andreas Bagias and many others. Again good networking and the gossip on the market and the coming elections in Greece monopolised the discussion. 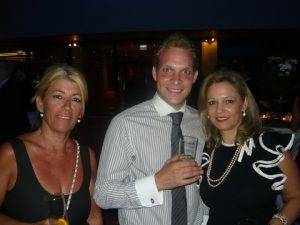