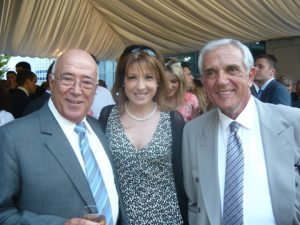 Good food variety, excellent cold refreshments and drinks including special wines, and lovely ice-creams, friendly atmosphere and a good chance to meet everyone from the circuit of Posidonia, politics and the past within two-hundred square meters! 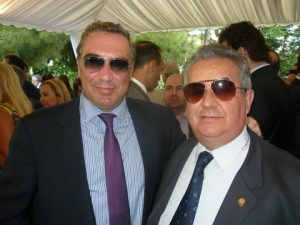 Under a huge white marquee, Academics, former Justice officials, Shipbrokers, Bankers, Classification Societies executives – and former ones, seafarers, Government and former government ministers, heads of organisations, Marine Insurance and Claims specialists, Journalists, Shipyards executives from all over the world; particularly from the Far East, fellow Shipowners and Shipmanagers, Flag State Representatives, Lawyers most of them with their partners and of course members of the one hundred-strong Tsakos’ teams from all over the world! Networking too was high on the agenda, something needed today under the international recession and a projected bleak world economy; mind me people where optimistic and why not, despite the uncertainty of the forthcoming Greek elections! 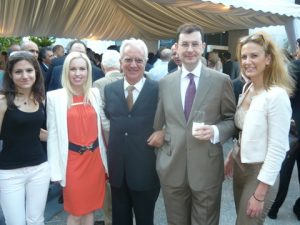 Our hosts did their best to entertain us and worth mentioning that they spend time with each one of their guests – something difficult to achieve when you have over 500 people in your office garden! 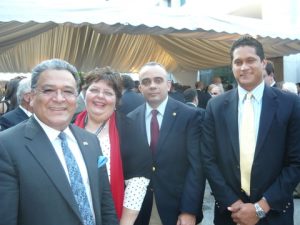 The tireless Captain Panagiotis Tsakos with his son Nicholas, John Saroglou, the entire Tsakos’ Family and Vassilis Papageorgiou with all directors and personnel did their best for us to enjoy the lovely Athenian early evening event! It could have been more lovely had Maria P. Tsakos been with us. We should never forget her! 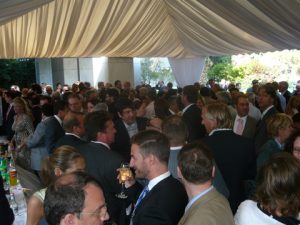 The American Club paving the way!