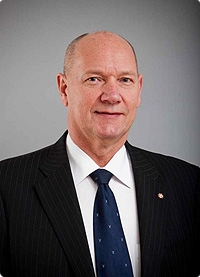 Mr Markku Mylly of Finland has been appointed as the new Executive Director of the European Maritime Safety Agency(EMSA).

The vote was held during the 33rd session of the Administrative Board on 8 June 2012. Deputy Chairman, Achim Wehrmann, congratulated Mr Mylly on the new appointment saying: “I am confident that this new leadership will provide the strong direction that EMSA requires to work towards its overall goal of sustainable maritime mobility”.

The Administrative Board proceeded with the appointment of the new Executive Director in line with the Agency’s founding regulation. Following pre-selection by the European Commission, a final shortlist of three candidates was adopted by the College of Commissioners and presented to EMSA’s Administrative Board. The board then appointed the new Executive Director.

The new Executive Director will now be entrusted with the execution of the Agency’s strategic objectives. He will be responsible for drafting theannual budget proposal and work programme in close cooperation with both the European Commission and national authorities.