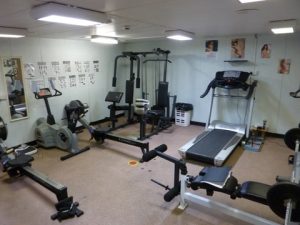 The Maritime Labour Convention 2006 is nearly upon us…

When is full implementation likely?

It won’t be long before the Maritime Labour Convention is in place as 28 member states have now signed up and there are only two to go. The recent additions since our last newsletter in February 2012 are Saint Kitts & Nevis, Tuvalu, Togo and Poland and Sweden.

When can we expect the Convention to be ratified? August 2012 seems likely, with implementation twelve months later. The criteria for sign up by 33% of the world’s gross tonnage has already been exceeded and stands at 56%. As confirmed at the December meeting of the International Labour Organisation, many member states are in the final stages of ratification and are just waiting for the legislation to go through their parliamentary processes.

Flag progress on MLC 2006 and other news

UK flag is expected to ratify the Convention by late 2012. The MCA has now issued draft legislation on accommodation, food and catering, medical care and shipowners’ liability. This is subject to consultation and approval from the government. It should be noted that the UK (Red Ensign group) will be harmonising the Convention with ISM. No other flag is doing this.

The MCA’s latest draft DMLC Part I and guidance on compilation of the DMLC Part II are available on the MCA website. Detailed explanations of the MCA’s approach may be found by following the links under each title:

Hong Kong flag has issued their DMLC Part I and is encouraging shipowners to obtain approval of their DMLC Part II now, although MLC 2006 inspections onboard vessels will only commence later in 2012.

Cayman Islands has issued a draft DMLC Part I and a question and answer section.

Bahamas flag issue of their DMLC Part I has been delayed due a few small issues not yet passed through parliament. Document is expected soon.

The Barbados flag has already commenced the certification process although it has not yet ratified the Convention. Inspections will be carried out by the flag and not delegated to the Recognised

The ILO has issued a comprehensive MLC 2006 question and answer document which is contained in the following link. Answers given in this document are concentrated on the MLC 2006 and do not incorporate flag state requirements:

Does it make sense to start implementing the MLC 2006?

Of all the Flags that have ratified the Convention only the Marshall Islands and Liberia have officially issued their national legislation. However, flags such as the Cayman Islands, Antigua & Barbuda, Isle of Man and Hong Kong have issued draft versions of their DMLC Part I in order to encourage shipowners to start addressing the MLC 2006 in good time. In the case of the Isle of Man, Cayman Islands and Hong Kong Flags, ratification will take place following that of the UK and China.

After the Convention has been ratified, shipowners will only have one year to get everything in place. It is expected that some countries will only issue their national requirements late in that 12 month period which would bring great pressure to bear on those shipowners which have not begun preparing for the MLC 2006.

It will therefore be prudent to start the process now even if the flag has not issued any legislation. Shipowners need to address all the issues stated in the mandatory section of the Convention’s articles, regulations and Part A of the code. It should be noted that flags will incorporate some of the Part B guidance notes mainly because it is already enshrined in their current law. From our experience, the majority of flags are closely adhering to the mandatory requirements of the Convention.

Even if a vessel under a flag which has not ratified the Convention visits a country which has ratified it, Port State Control will exercise the “no more favourable treatment” principle and will inspect against the MLC 2006. Therefore it is essential for the mandatory parts of the MLC 2006 to be addressed.

So it does make sense to start the process now.

Preparation will enable the Recognised Organisation and your organisation to work through what is acceptable and what is not, and to plan without pressure.

Care needs to be taken to demonstrate firm commitment to meeting the requirements of the MLC 2006 in the DMLC Part II. Use of the words “should” and “may” will not be accepted, as has been found with witnessed examples of inspection reports from the Liberian flag. 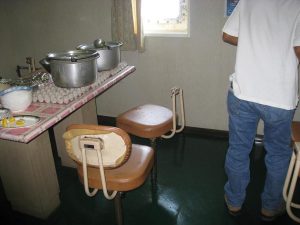 The certification process has begun for ships flagged under the Marshall Islands and Liberia. Both are encouraging early certification in order to avoid a rush just before implementation. Furthermore, the Liberian flag requires submission of the DMLC Part II to their own offices for review.

Extensive assistance to ship owners is available in the form of Gap Analysis, Statements of Compliance, Reviews of DMLC Part II and early certification.

Please refer to the Fact Sheet attached for more details.

We also offer internal and external training courses for shore and shipboard personnel.

Places are available on the following two-day external courses costing £300 plus VAT:

Further details can be obtained from LR Marine Training Services on +44 (0) 151 552 5214 at ukmarinetraining.liverpool@lr.org -Telephone numbers for specialist help at Lloyd’s Registe.r

Your local LR representatives can arrange ILO contracts for your company.