Bunker Fuel for Marine Engines – A Technical Introduction focuses on the complicated relationship between ships’ engines and the marine fuels that power them.

Complete with extensive glossary and full of photographs and technical illustrations, the book has been hailed by the highly respected industry veteran of Exxon and DNV Petroleum Services, Dr Rudolph Kassinger, as ‘a comprehensive sequel to John Lamb’s seminal treatise Petroleum and its Combustion in Diesel Engines’. That book was first published in December 1955, and is long out of print. According to Dr Kassinger in his Foreword to Bunker Fuel for Marine Engines, Lamb’s book, ‘now has a worthy successor’.

According to Nigel Draffin,  Bunker Fuel for Marine Engines provides the reader with a solid introduction to a subject which every supplier or user of marine fuels would do well to understand.

Draffin believes that ‘a ship’s engine room is a place of refuge for engineers but a place of mysteries to most others’ and uses the thoroughly researched book to take the reader on a technical tour around the equipment that will be found there, from main and auxiliary engines to generators, refrigerating plant and other fuel-using machines.

For many readers, this highly illustrated book ‘is a chance to look underneath the hood and, perhaps for the first time, to recognise what makes this equipment work and why some fuel problems are more significant than others’. 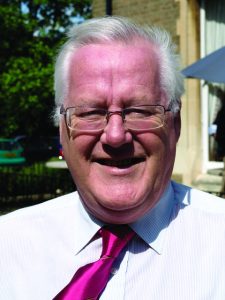 Draffin takes the reader through the complete process of burning fuel onboard, from storage of fuel to dealing with the exhaust, before looking at the different types of diesel engine and their specific fuel requirements. He also looks at gas turbines, fuel cells and developments in shore power, and covers boilers, fuel and accommodation heating and incinerators, before also looking at waste heat recovery systems.

Fuel types and bunker quality standards are, of course, laid out for the reader, as are blending, storage and onboard fuel treatment, where the work of separators, purifiers, clarifiers, decanters, homogenisers, filters and other engine room kit is explained. Fuel heating, pumps, fuel measurement and storage are amply covered as are an engine’s sensitivity to fuel qualities.

Importantly, the book looks at emissions and how they might be controlled, and also at unconventional fuels such as biodiesel, shale oil, liquefied and compressed natural gas, liquefied petroleum gas and even coal.

Bunker Fuel for Marine Engines – A Technical Introduction is Nigel Draffin’s fifth book on marine fuels. His previous titles are:

Nigel has been involved in shipping for almost 50 years and with the commercial bunker market for over 25 years. He is a founder member of the International Bunker Industry Association (IBIA) and has served several times on its council of management and executive board. In April 2012 he became Chairman of IBIA.

1 – Nigel Draffin: ‘My intention is to explain what goes on in the engine room, how the machinery works and integrates with the ship’s functions, and why the way we source, supply, treat and use fuel is so significant for the efficient, economic and environmentally acceptable operation of ships.’

2 – Dr Rudolph Kassinger, writer of the Foreword and veteran of Exxon and DNV Petroleum Services: ‘It seems to me that the more people able to access and understand the information contained in this book, the fewer fuel-related engine problems might be expected. And for seafarers, and for those involved in any way in shipping, this can only be a good development.’

3 – Llewellyn Bankes-Hughes, Publisher, Petrospot: ‘Nigel Draffin’s reputation as a gatherer, interpreter and conveyor of important information on every aspect of the marine fuels industry is even further enhanced with the publication of this, his fifth specialist book, Bunker Fuel for Marine Engines. As a writer and teacher in this sector he has no equal.’

For more information on any of the book titles published by Petrospot, please visit www.petrospot.com/books.

*A note for the book from JLA

JLA Media is an independent media agency focusing on the dissemination of intelligence related to the maritime and offshore sectors. It reserves the right to distribute new information made public that could enhance the understanding of interested parties for no commercial gain. In doing so, JLA Media takes no responsibility for the accuracy of the material distributed or for any opinions expressed therein, responsibility for which lies with the authors.

The House on Paradise Street