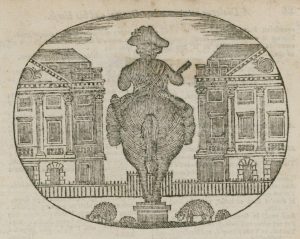 A soapy makeover for the Butcher of Culloden, By James Brewer

Prince William Augustus, Duke of Cumberland, the 18thcentury nobleman who was destined to become Lord High Admiral but spurned the opportunity – is to reappear in London’s West End, in the form of a sculpture in Cavendish Square. He has been sculpted in a surprising material: a soap that will give off the aroma of the Lush Fresh Handmade Cosmetics brand “Honey I Washed the Kids.”

The Duke, third in line of succession to George I; a younger son of George II; and uncle of George III, was intended by his parents for the office of Lord High Admiral. According to Wikipedia, in 1740 he sailed as a volunteer in the fleet under the command of Sir John Norris, but quickly became dissatisfied with the Royal Navy, and, instead secured the post of colonel of the First Regiment of Foot Guards.

He went on to crush the Young Pretender’s Jacobite Rising at the Battle of Culloden in 1746, and his slaughter of rebels earned him the nickname of ‘Butcher’ Cumberland. 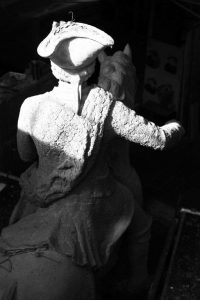 The artwork recreates in soap the original statue of the Duke on a prancing charger that graced the square, which is just a few paces from busy Oxford Street. The statue was in place from 1770 until 1868, when it was removed because of growing distaste for his brutal military conduct, and the plinth has been empty ever since. The new commission is entitled Written in Soap: A Plinth Project , and is the work of established Korean and London artist Meekyoung Shin. It goes on display for one year from  July 10 2012, and is seen as focusing on the passage of time and on public monuments weathered by the seasons. As the soap disintegrates, it will release a honey/toffee aroma. Ms Shin is renowned for creating replica versions of antiquities in household soap. Trained in South Korea in a classical tradition of European sculpture, she became intrigued on moving to London with the many objects removed from their place of origin and placed in vitrines and on plinths, and chose to make copies in soap because of its resemblance to marble and encapsulation of the deterioration of ancient sculptures.  The original Duke of Cumberland statue was erected by Lt-Gen William Strode “in gratitude for his private kindness, in honor to his publick virtue, “ according to an inscription. 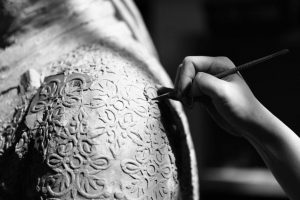 At work on Written in Soap: A Plinth Project

A statement from Haunch of Venison said: “This one-year public project is an opportunity for the city of London to enhance its reputation as the global centre of contemporary art to its cosmopolitan residents and visitors, and to highlight the endeavours of the supporting organisations and the government of South Korea in enabling a global cultural dialogue through the arts.”