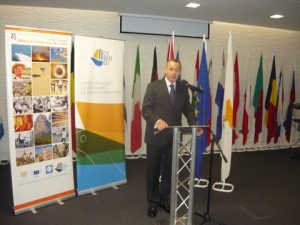 Since the 1st of July, Cyprus Presidency of the Council of the European Union is a reality, and what a better way to celebrate this in London, at the most appropriate place with the most appropriate theme: art, art that heals, art that pacifies, art that unites us, art that doesn’t lie!* Cyprus, a member since 2004, took over the rotation from Denmark for the second semester of 2012 and all hope for a successful tenure given the extra oxymoron of the prevailing circumstances, particularly under the World’s and Europe’s worst economic crisis, needless to say political  and regional with whatever this projectably entails! 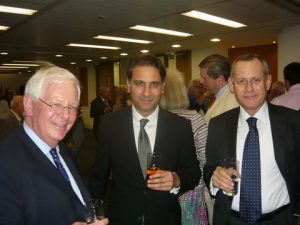 To mark this milestone, the Cyprus Presidency of the Council of the European Union, the High Commissioner for the Republic of Cyprus in London Alexandros N. Zenon and the head of the EC Representation in the UK Jonathan Scheele, hosted a reception with a private view of Doros Partasides’ work titled; “Images through my lens”, a 45 years retrospective photographic exhibition on Cyprus, at Europe House in Smith Square of Westminster. At the same time and over the last three days many speeches and statement all over Europe took place and worth mentioning a statement by Cypriot President Christofias saying that he “wants a strong growth strategy for the EU.” 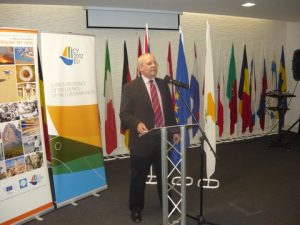 Jonathan Seele at the podium

Over 250 people, including Lord Hannay, MP’s Mike Freer, Matthew Offord and the very eloquent Theresa Villiers where there too. Spotted also Edme Leventis, Nichols and Pyghi Skinitis, Ian Twinn, Agatha Kalisperas, Spyros Neophytou the sales manager of Cyprus Airways, Orestis Rossides head of the Cyprus Tourist Organisation, Loukia Hadjigantis from the Leventis Folkore Museum was there too, as well as soprano Katerina Mina and many many others. Doros’ family where there quite happy but also touched by this special event. Interestingly many British friends of Cyprus where present too, and that was the plus of the evening! Journalists too from the international media and photographers …including Doros, of course, where there to cover this unique and symbolic event! 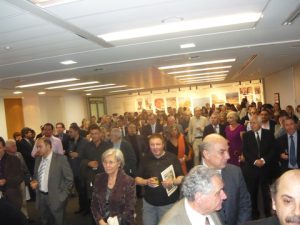 An excellent organisation and good media support by Maria Phanti – Press Counsellor and Alexandros Napfliotis from the Press Office of the High Commission as well as the Cultural Counsellor Kypros Charalambous. Very tasty dips and drinks, a variety of Cypriot and European meze as many called it, all under the Harp’s tranquil sounds… performed by the young and upcoming Maria!

A very touchy speech by Doros Partasides and the very well construed one on the event and its significance by Jonathan Seele.

We bring you herebelow in full the entire speech which the High Commissioner Alexandros Zenon delivered; an excellent account for all to all intents ad purposes: 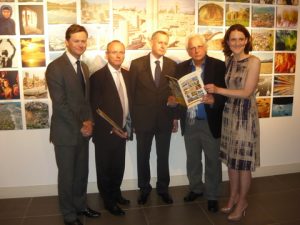 “Welcome to Europe House, for this first event of the Cyprus EU Council Presidency.

I would like to thank Jonathan, Jeremy and their colleagues for hosting this exhibition, as well as for their readiness to cooperate with us and assist us during this semester.

As some of us know, Jonathan will be retiring soon, after almost four decades of successful and dedicated service in the European institutions. I want to take this opportunity to praise his overall contribution and, in particular, his years as Head of the London Representation of the European Commission and to extend to him my best wishes.

Through his camera lens, Doros Partasides, perhaps the best Cypriot photographer of his generation, has captured, for almost half a century all those elements which, to put it simply, embody the modern history of Cyprus, its identity and its culture.

Since 1966, he has travelled to every corner of Cyprus, including to the part that is currently under Turkish military occupation and documented people, places, landmark events and instances of everyday life. 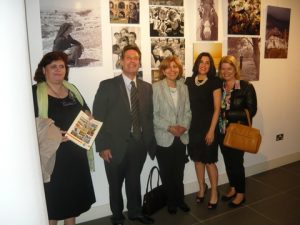 In fact, the photographs you see here are only a small sample of the wealth of images that Doros Partasides has captured over the years.

I am sure, Doros, that selecting a few dozen photographs, out of the thousands of images you have in your archives, must not have been an easy task.

However, what we have before us tonight is an impressive selection of images which can accompany you to a journey from Cyprus’ independence, in 1960, to the present day.

To this polymorphous collage, of what constitutes the Cypriot way of life, past and present, we are coming today to add another landmark event in the Republic of Cyprus’ history – the first Cyprus Presidency of the Council of the EU. 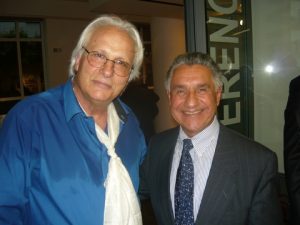 Despite being one of the biggest challenges that our administration has had to face, the Cyprus Presidency constitutes a unique and exciting opportunity to make our own contribution towards European integration.

During our six months at the helm of the Council, we will work for a Better Europe, that is, a Union more relevant to its citizens.

We are fully aware of the enormity of the task.  But we have taken up the challenge with enthusiasm and the determination to act as an honest-broker, steering the Union through what are, undeniably, very tough times and certainly troubled waters.

Before concluding, I would like to mention an interesting fact about Doros, which I am sure, not many of you are aware of and which relates to the European Union.

I believe – and correct me Doros if I am wrong – that, even before Cyprus’ accession to the EU, almost uninterruptedly, you have witnessed and recorded every single European Council and indeed every major European event.

Personally, I remember you in Cannes in 1995 and in Amsterdam in 1997. But I believe that the story goes back well before that.

This unique record, which may be is worth a separate exhibition, means that you were there at historic moments, for Cyprus and for the Union.

I believe, therefore, that you are entitled to claim the title of one of the most senior European correspondents. 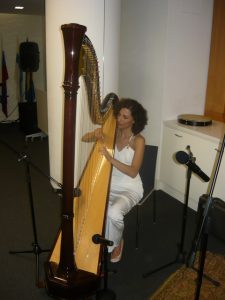 I invite you to pause and observe Doros Partasides’ photographs.  These images, with their unique hindsight into the spirit of Cyprus, can give an idea of what Cyprus can do and be for Europe.”

The exhibition will be open until Friday the 13thof July and its more than worth to visit same at the 12 Star Gallery in Europe House, 32 Smith Square form Monday to Friday 10-6.

Lastly a big thank to the sponsors, The Cyprus High Commission, the European Commission and the A.G. Leventis Foundation.

*“They say that a photograph is worth a thousand words. For me  a thousand photographs means on word – Cyprus” (Doros Partasides)