Tokyo – ClassNK (Chairman and President: Noboru Ueda) has released the world’s first software package for use with the new IACS Harmonized Common Structural Rules (CSR) for bulk carriers and oil tankers, which were released at the beginning of July 2012. The release makes ClassNK the first classification society to release Harmonized CSR compliant software for use by the maritime industry.

IACS’ new Harmonized CSR have been widely anticipated as the next step in shipbuilding requirements, not only unifying the existing CSR for bulk carriers and tankers, which were introduced in 2006, but also incorporating the IMO’s Goal Based Standards (GBS) with the aim of further rationalizing shipbuilding regulations. In order to incorporate input from industry groups and end-users, IACS released the first draft of the rules for public comment on 1 July 2012. 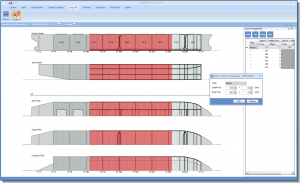 ClassNK Executive Vice President Takuya Yoneya, who oversaw the leading class society’s development of the new software, says that the Harmonized CSR will have a major impact on shipbuilding and design: “As a new set of global requirements for the industry, new software will be essential for yards and designers to efficiently test and implement the new rules. By releasing this new software for use with the first draft of the new Harmonized CSR, we hope to make it easier for yards and designers around the world to familiarize themselves with the new requirements, as well as make use of the rules for new ship designs.”

The new software is not just an update but a complete renewal of ClassNK’s existing CSR software, which is widely used at shipyards around the world. “Our goal with this new software, ” says Dr. Yoneya, “was to incorporate not only our extensive experiences with the CSR, but also the insights and opinions of leading shipyards and designers in the development process.” 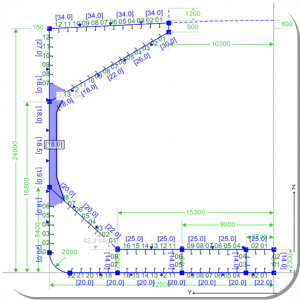 As a result, in addition to strengthening features included in ClassNK’s existing software, the new Harmonized CSR software provides brand new functions such a “Case Study” tool, which allows users to rapidly assess the effects of changes to the parameters of initial ship designs, as well as a new function to automatically generate 3-D models for hull structural analysis directly from rule calculation data.

The new software is not only able to make use of data produced by existing CSR software, but has also been designed to smoothly integrate with all major 3-D CAD/CAE software systems and ship performance calculation software, making data transfer between systems an easy process.

“This new software is not just a calculation tool, but a total design support system.” says Dr. Yoneya. “Thanks to the new features and tools included, we are confident that this software will not only support the development of safer ships, but also improve design quality, and increase the speed of the ship design process.

In order to support the implementation and testing of the first draft of the Harmonized CSR, ClassNK is providing its new software at no charge to shipyards and designers around the world.