This is what I call a celebration…!

The stunning black and white Admiralty chart of ‘Majorca & Minorca’ was created by internationally acclaimed artist, Bobby Nash of Latitude Kinsale™ in 3D, which enables mariners to visularise the contours of depth in a third dimension.  The chart itself dates back to 1890 when the islands were surveyed by the Spanish government.  The chart feature key nautical points such as Palma Bay, Isla De Cabrera, Canal de Menorca, Alcudia Bay & Pollensa to the NE.

“It’s a great honour to be selected as the creator of the overall prize for this year’s Superyacht Cup race, which is such a world renowned event in the sailing calendar” said Bobby Nash, Latitude Kinsale™. 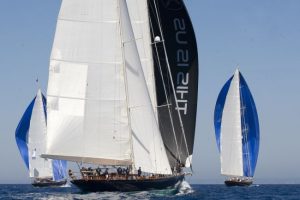 Latitude Kinsale™, which is based in Kinsale, Co. Cork, is renowned worldwide for its unique and sought after 3D charts, framed Surround Lighting charts, Relief Nautical tables and commissions, which always provide a unique way to appreciate the beauty of the sea and our marine landscape.

The Nautical Institute elects its youngest ever President