Choice of law? Not if Chartering for shipments to or from Australia July 2012 Foreign law and jurisdiction clauses in voyage charters are now void and unenforceable in Australia 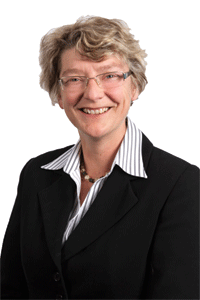 In a very recent decision of domestic and international significance (Dampskibsselskabet Norden A/S v Beach Building & Civil Group Pty Ltd [2012] FCA 696), the Federal Court of Australia has determined that London arbitration awards obtained by vessel owners against an Australian charterer under a voyage charter are unenforceable in Australia by reason of the operation of section 11 of the Carriage of Goods by Sea Act 1991 (Cth) (COGSA).Background

Dampskibsselskabet Norden A/S as disponent owners (“Norden”) and Beach Building & Civil Group Pty Ltd as charterers (BBCG) entered into a voyage charter on the AMWELSH 93 form to carry a cargo of coal from Australia to China. The charterparty stipulated that the charter would be governed by and construed in accordance with English law and that any disputes arising under the fixture be referred to arbitration in London.   Norden obtained a Declaratory Arbitration Award and a Final Arbitration Award (Arbitration Awards) in November 2010 and January 2011 in the amount of US$824, 663.18 for unpaid demurrage.   BBCG had participated fully in the arbitration and, notably, at BBCG’s instigation the Arbitrator was asked to determine whether he had jurisdiction to hear the dispute arising out of the Charterparty. As noted by the federal court judge, BBCG appeared to have accepted that the Arbitrator had jurisdiction to determine this issue.   However, in enforcement proceedings in Australia, BBCG subsequently challenged the validity of the Arbitration Awards and argued (among other things) that the arbitration clause in the charterparty was invalid and ineffective by reason of the operation of s11 of COGSA and that the Arbitration Awards should not be enforced or ‘recognised’ by the Australian Federal Court.   Section 11 of COGSA and Federal Court decision

1. All parties to:   a. a sea carriage document relating to the carriage of goods from any place in Australia to any place outside Australia…   are taken to have intended to contract according to the laws in force at the place of shipment…

2. An agreement (whether made in Australia or elsewhere) has no effect so far as it purports to:…

b. preclude or limit the jurisdiction of a court of the Commonwealth or of a State or Territory in respect of a bill of lading or a document mentioned in subsection (1).

The Court decided that for the purposes of COGSA a voyage charterparty was a ‘sea carriage document’, consequently the arbitration clause in the charterparty was rendered invalid and Norden could not enforce the Arbitration Awards in Australia.   Justice Foster, in reaching his decision, took a literal approach in interpreting COGSA and looked at the history and amendments made to section 11 whereby the original key phrase of “a bill of lading or a similar document of title” was replaced with “a sea carriage document to which, or relating to a contract of which, the amended Hague Rules apply” (Carriage of Goods by Sea Regulations 1998 (Cth)). The Court held that “these legislative changes indicate that, from 1997 onwards, the legislature was intending by the relevant amendments which it made to broaden the class of documents covered by s 11(1)(a) and s 11(2)(b) of COGSA 1991”.

The predecessor to section 11, section 9 of the Sea-Carriage of Goods Act 1924 (Cth), was considered by the Supreme Court of New South Wales in the case of the “Blooming Orchard” (Sonmez Denizcilik ve Ticaret Anonim Sirketi v MV “Blooming Orchard” (No 2) (1990) 22 NSWLR 273 followed in BHP Trading Asia Ltd v Oceaname Shipping Ltd (1996) 67 FCR 211 at 235) where it was held that a voyage charterparty was for relevant purposes a document relating to the carriage of goods and that a requirement to submit to arbitration abroad in such a contract was void. As originally enacted under COGSA, section 11 made it clear that it did not apply to voyage charterparties.

The recent decision effectively restores the pre-1991 Blooming Orchard position. Whether or not the Australian legislature had intended by virtue of the amendments in section 11 of COGSA to strike down forum selection clauses in voyage charterparties, is a matter of academic debate.

The issue of the validity of foreign arbitration clauses in voyage charterparties for the carriage of Australian export and import cargo has been the subject of discussion for some time in Australia.

In a case earlier this year heard in the Supreme Court of South Australia (Jebsens International (Australia) Pty Ltd v Interfert Australia Pty Ltd [2012] SASC 50) reached the contrary conclusion to the Federal Court in ruling that a voyage charterparty was not a sea carriage document as COGSA only deals with the rights of persons holding bills of lading or similar instruments, not charterparties. The owners were therefore allowed to enforce London arbitration awards.

Justice Anderson had accepted in that case that in interpreting section 11 of COGSA, regard should be given to the amended Hague Rules set out in Schedule 1A of COGSA which draws a distinction between charterparties and ‘sea carriage documents’ (COGSA, Schedule 1A, Articles 5 and 10 of the Amended Hague Rules).   In the Norden case, Justice Foster expressly disagreed with the purposive approach to interpretation applied by Justice Anderson in the Jebsens case.

In theory, section 11(3) of COGSA may operate to allow the parties to a voyage charter or contract of affreightment to specify the international or foreign arbitration bodies, provided the parties agree that an arbitration physically takes place in Australia.

Section 11(3) of COGSA states:   An agreement, or a provision of an agreement, that provides for the resolution of a dispute by arbitration is not made ineffective by subsection (2) (despite the fact that it may preclude or limit the jurisdiction of a court) if, under the agreement or provision, the arbitration must be conducted in Australia.

As the two recent conflicting cases show, the position in Australia is far from settled on whether foreign court or arbitration awards obtained under voyage charters (or contracts of affreightment) relating to cargo movements to/from Australia can be enforced. It remains to be seen whether the recent case will be appealed or whether the Commonwealth Parliament will take steps to clarify the position under COGSA.   The recent Federal Court decision should make owners and charterers of voyage charterparties or contracts of affreightment revisit their arbitration clauses. Parties already involved in international charterparty arbitrations where the shipment involves cargo movement to or from Australia may find that ultimately they hold an award that is unenforceable in Australia. Parties entering into new charters with an Australian entity or when shipping to or from Australia should be aware that currently Australian law and jurisdiction will override any attempt to choose foreign law or foreign arbitration.

Cyprus Presidency to Focus on Sustainable and Efficient Transport Systems

Protecting watchdogs across the EU: proposal for an...

Invitation for LSLC webinar – Sanctions at a...