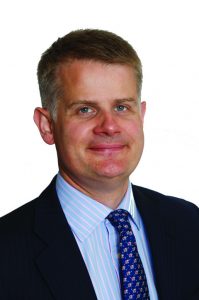 Commodity prices are falling or stagnating, and stockpiles, including of iron ore and coal in China, are rising. In commodity trading, there seems to be an increasing number of defaults, similar to those which occurred in 2008, where counterparties in long-term contracts refuse to perform or manufacture excuses not to do so. There also appear to be more quality disputes, where, in normal circumstances, the parties would reach a commercial settlement.

This article briefly considers how a non-defaulting party may protect itself against a default, and what should be done when a default occurs.

The first step is to ensure that long-term contract terms are evidenced in writing. If they are not, then all correspondence with the counterparty (including email, IMs and other electronic communications) should be collected to ensure that the best record of the contract terms is available. If terms were agreed over the telephone, recordings of the relevant conversations should be obtained, and, if no recordings are available, those who participated in the calls should be asked to record in writing their recollection of what was discussed and agreed.

When all the relevant material has been collected, the contract should ideally be “stress tested” to identify possible areas of weakness which a party hoping to default might exploit. If there are any such areas, further material should be collated to ensure that the best evidence can be deployed in the event of a default.

Common arguments put forward by a defaulting party are that the individual who signed the contract terms was not authorised to do so, that the party who entered into the contract did so as agent and not as principal, and that there has been a breach of the contract which allows it to be terminated. Other excuses include alleged inability to perform due to changed economic circumstances (sometimes described as “price majeure”). When stress testing a contract, each of these common excuses should be considered to assess whether they might have any merit. This enables a party to anticipate arguments and prepare to meet them, including by preparing communications with the counterparty in a way that shores up possible areas of weakness.

The next step is to ensure that the non-defaulting party complies with the strict terms of the contract. A potentially defaulting party should be given no excuse, no matter how small, to terminate the contract. Small things matter: nominations should be made on time; shipment periods should not be missed; quality and quantity certificates should be issued correctly; and, very importantly, commodities being sold should comply with the contractual specification. A problem in one of these areas could leave the door open for a counterparty to terminate a contract on legitimate grounds.

When a default occurs

The natural temptation following a default is to seek a commercial resolution. A common example is where the counterparty asks for more time. It is very important in such circumstances to ensure that, if more time is given or another concession made, it is granted under a reservation of rights in respect of the counterparty’s breach of contract.

If there is a good commercial reason to allow more time and not to hold the counterparty in default, then the additional time given should be set out in writing and linked to existing contractual obligations. Periods for performance of contractual obligations are frequently extended without the terms of the extension being recorded in writing, which makes it difficult to ascertain what has been agreed.

The next stage is to ensure that any commercial settlement discussions are undertaken on a without prejudice basis. This can sometimes seem odd, as it requires multiple messages to be sent, both “open” and “without prejudice”. However, it enables the counterparty to be held in breach of contract whilst the settlement discussions continue. If the commercial discussions are unsuccessful, the innocent party is then in a position to rely on its contractual rights.

Finally, it is important not to jump at a breach of contract. Acting too soon could have adverse consequences for the innocent party, which could find itself in breach for having prematurely terminated the contract. If a counterparty is in repudiatory breach of contract, or if an event of default (other than an insolvency event) has occurred, the innocent party should normally write to the counterparty, calling upon it to cure the breach by a certain date, failing which the contract will be terminated.

Finally, it is important to follow the strict requirements of a contract with regard to sending notices. If a notice of termination is not sent in the correct form to the correct address, it may be invalid.