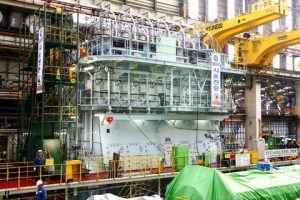 The VLCCs will be fitted with 7-cylinder Wärtsilä RT-flex 82T engines and a Waste Heat Recovery System, whereby the exhaust gas energy is utilized to generate steam. This steam is used to operate a turbo generator that produces electricity for the ship. The Aframax vessel will be powered by a Wärtsilä 6-cylinder RT-flex 58T main engine, and the medium-range tankers by a Wärtsilä 7RT-flex50D main engine. All engines will be built by the Engine & Machinery Division of Hyundai Heavy Industries Co., Ltd. (HHI-EMD), which is a Wärtsilä licensee since 1975 and based in South-Korea. The orders were received during the first half of the year. 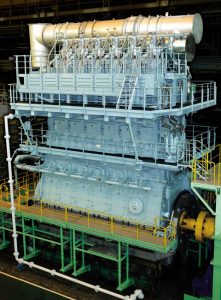 Wärtsilä’s RT-flex common rail engine technology is designed with electronically controlled fuel injection and valve operation. Its benefits include extremely low Specific Fuel Oil Consumption (SFOC) across the entire operation range, and smokeless operation at all running speeds. The resulting reductions in exhaust emissions are of considerable significance as the marine industry is under pressure to reduce its environmental footprint.

“The choice of Wärtsilä RT-flex engines ensures that these new vessels will be both fuel and energy efficient, and that their emissions will be minimized. It is obvious that the Wärtsilä RT-flex82 engine is increasingly becoming the preferred choice for VLCCs worldwide, ” says Lars Anderson, Vice President Merchant, Wärtsilä Ship Power.

For more information on Wärtsilä solutions for Merchant ships  log on www.wartsila.com and then search for: