Maritime Tourism will save the day! 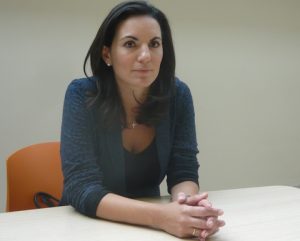 In her first official visit since she was sworn in as Minister of  Tourism, Olga Kefalogianni was in the British capital last week aiming to gain lost ground vis-à-vis UK holidaymakers being reluctant to choose Greece.

Clearly, the turmoil following the austerity measures and the double election which led to the current three-party coalition in Greece, has given everyone pause for thought. Joanna Dretta, her office director at the Ministry was accompanying  her. John Faraclas was there with his camera reporting:

During her stay, Olga Kefalogianni gave interviews to the BBC, Bloomberg, CNBC, CNN, and to the Independent newspaper, and met representatives from Travel Trade Gazette, Travel Weekly and the ABTA magazines, meeting also members of the Greek community in London.

The very eloquent minister met members of the Greek and Greek international media late on Friday afternoon at the premises of GNTO* – offering a reassurance that given the current circumstances she has an intuition that the number of visitors will rise! She was asked more than two dozen questions and gave appropriate pragmatic replies without the usual politicians’ frills, a plus for the young minister.

She stressed what she saw as the potential benefits of privatisation measures, as well as the value for money that Greece offers adding that branding too is yet another major plus for the unique greek products! The minister reiterated that the government in Athens will stick to the Euro as same is a stabilising factor for Greece and its ailing economic condition, believing that a concentrated effort from all stakeholders will lead the country back to prosperity. 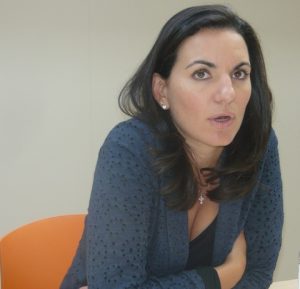 For our part, at www.allaboutshipping.co.uk, we put forward the case for the maritime tourism factor in its entirety – ports, marinas, conference centres, business tourism, administration and other aspects; and we understood that the minister got the message and has respective plans to materialise same. As Greece has a unique record in two fields, being tourism and industry, there is no other nation at least in Europe and the periphery with a greater number of touristic and industrial weather-days; a gift from Xenios Zeus! If these are coupled with the greek world-dominance in the shipping industry, Greece’s spearhead in the economic field, then things can change for the better.

Last but not least, the local GNTO office headed by Kyriaki Boulasidou, media officer Alexandros Konstantinou and their colleagues, worked hard to ensure the maximum coverage and success of the trip by the minister.

We look forward to her next visit, almost certainly even before the World Travel Market 2012: watch this space!