A nation’s trauma: new book “Mental Health Care in Japan” emphasizes the urgency of tackling the level of disorders and suicides 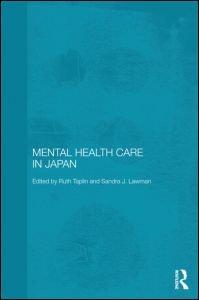 A nation’s trauma: new book Mental Health Care in Japan emphasizes the urgency of tackling the level of disorders and suicides By James Brewer

One of Japan’s leading actors, famed for his roles in blockbusters like King Kong versus Godzilla, in the summer of 1998 suddenly cancelled all his commitments and retired from the screen. At first, it was reported that Tadao Takashima was suffering from a diabetes-related ailment, but the truth was that he was going through severe depression.

Only nine years later, did the veteran actor tell the full story, in a documentary for Nippon Television Network.  His family had been putting on a brave face while behind the scenes going through agony.

This episode was salutary for a nation in which depression remains a major social problem. For instance, more than 32, 000 people in Japan committed suicide in 2009, and the recession is continuing to pile up stress, job loss and financial difficulties.  The March 2011 earthquake, tsunami and nuclear power disaster could hardly have struck at a worse time.

Mental Health Care in Japan, just published by Routledge (www.routledge.com)   offers a thorough look – the first such compendium in the English language – at how the country is grappling with a complex challenge that has received far too little attention. 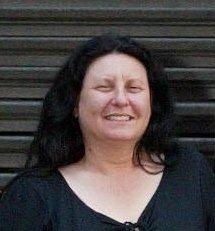 The book is edited by Professor Ruth Taplin of the Centre for Japanese and East Asian Studies, London, and Sandra J Lawman, a health consultant for the Shaftesbury Partnership, and vice-chair of CASA Housing Support. Prof Taplin is the author/editor of 17 books, including Intellectual Property and the New Global Japanese Economy, and Intellectual Property, Innovation and Management in Emerging Economies, also published by Routledge.  An expert in such aspects of international insurance, she has encouraged the London market in particular to work more closely with Asian markets to understand risk in its wider intellectual property context of intangible assets.

Prof Taplin says that an important step forward by the Japanese authorities has been prioritising mental health among the top five categories of disease. She says that mental health care in Japan has been much misunderstood, but there have been recent legislative reforms and  a nationwide screening and treatment project started by one of the contributors to the book, Dr Hiroto  Ito of the National Institute of Mental Health. Dr Ito writes that while the number of patients suffering common ailments has not changed much in recent times, those afflicted by mental disorders has increased since 2002.

Much public anxiety is bound to arise following the recent decision to restart two nuclear reactors, one of which is the world’s largest. The worry can be as damaging, probably more, than any physical health damage. It was the Three Mile Island explosion in the US in 1979 that first engendered substantial distrust of power companies and government authorities. Chernobyl in 1986 provoked widespread fear, and attached stigma to refugees from the vicinity, and 10 years later the World Health Organisation reported that mental health was the most serious public health problem arising from the Ukraine accident. 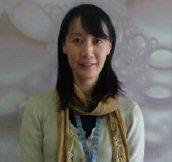 After such accidents, people experience loss of control over their lives, and powerlessness, said Dr Yuriko Suzuki, section chief of disaster mental health at the National Centre of Neurology and Psychiatry, when she spoke at a seminar at St Dunstan’s Church, London, to launch the book. Dr Suzuki is responsible for providing technical assistance to local health professionals in times of disaster, and for conducting research to develop mental health programmes in the community.

She said that the Great East Japan Earthquake of March 2011 resulted in a surge of 387, 000 evacuees. As health services and hospitals were disrupted, emergency workers were faced among other tasks with helping and transferring 800 inpatients from mental institutions. Professionals had to provide rapid psychiatric response at evacuation shelters to the acute reactions of people left homeless. Several months after the disaster, stress-related problems were on the increase, and psychiatrists, carers and other staff themselves suffered from burn-out, exhaustion, and depression.

More than 3, 000 mental health professionals in 57 teams were sent to carry out psychiatric care, assessment and education. The upshot of the tragedy has been redevelopment of the mental health system, setting up of community support centres, and education and suicide prevention programmes. Dr Suzuki stressed the need to “get people involved, because mental health problems and wellbeing are everyone’s business.” 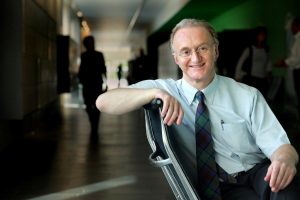 An important aspect dealt with in Mental Health Care in Japan is stigma and discrimination. Consultant psychiatrist Professor Graham Thornicroft of King’s College, and South London and Maudsley NHS Foundation Trust, said that in Japan 10 years ago the word translating as psychopath was so ‘toxic’ that it had to be changed. The development of mental health services there had been relatively poor, and stigma against mental illness seemed to be strong. Long stays in psychiatric hospitals reduced the contact between the general public and patients, meaning that the prejudice was based on inaccurate information.

He cited instances of prejudice from around the world, such as the headlines ’Canadian psycho killer held in Berlin’ and ‘Rachel murder: schizo accused.’ Such thoughtless words, US newspaper reports of a leading pop star receiving psychiatric treatment, and even an American restaurant with a menu headed Schizo Special, underlined the need for constructive campaigns such as Revenge against Depression, which was a powerful way to communicate about mental health issues.

He welcomed the book edited by Prof Taplin and Ms Lawman as placing mental health care in the mainstream of society. Ms Lawman spoke to the seminar of the pressures for conformity – “in Japan, the thing is not to stick out from the crowd.”

The importance of the issues covered was recognised in the presence of Koji Maruyama, First Secretary (Health and Welfare) at the Embassy of Japan in the UK, who gave an introductory address.

London 2012 Olympics opening – the made in Great Britain factor in its entirety!

Transportation Industry can get back to work safely...