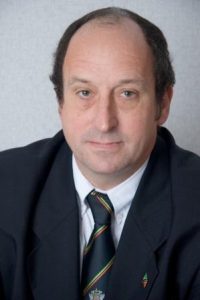 The Washington declaration was signed by the Hon. Richard ‘Ricky’ Skerritt, Minister of International Transport, in a ceremony at IMO headquarters in London.  The declaration recognises that violence against crew through piracy and armed robbery is largely under-reported.  Signatory states commit to better documentation of incidents to help combat the problem.  The information is collated by the International Maritime Bureau – part of the International Chamber of Commerce – which maintains a central database recording attacks on commercial shipping.

The declaration was inspired by the Human Cost of Piracy study released in June last year by the Oceans Beyond Piracy (OBP) project, which was then joined by concerned flag states in framing the agreement.  An update co-written earlier this year by OBP and the Bureau drew on the database to highlight ongoing physical and mental abuse of thousands of seafarers.

SKANReg is committed to anti-piracy measures after three of its ships were hijacked in the Indian Ocean and the crew of another vessel was kidnapped in Cameroon.  In all cases the ships and crew were eventually released.  The registry encourages ships entering the western Indian Ocean to log their voyage plans with EUNAVOR security forces, which have been given access to the St Kitts & Nevis LRIT National Data Centre to enhance monitoring of passages through the protected area.  Under strict controls, the administration will also allow private armed security personnel to be carried onboard.

Among the main PSC regimes where its vessels operate, detentions under the Black Sea MOU fell to zero compared with six in the first half last year.  In the Paris MOU region, the average number of deficiencies per inspection dropped from six to four and there was a 20% improvement in the number of ships with no deficiencies.

Registrar Nigel Smith says: “The trend shows we are on track for our aim of PSC Grey and White List ranking within two and four years at most.  At the 20th session of the IMO Flag State Implementation sub-committee in March, it was very encouraging to hear Paris MOU delegates make positive statements about the actions we have taken in the past two years.”

Operational since 2005, SKANReg has implemented strengthened procedures including risk profiling, daily analysis of PSC website reports, follow-up surveys in the case of detentions and a ‘three strikes and out’ warning system for repeat offenders.  The registry’s commitment to inspection results is backed up by close liaison with the major PSC MOU regions.

After successfully applying for a VIMSAS audit – scheduled for the second half of next year – SKANReg has continued preparations by acting as observer at the audit of a member of the International Association of Classification Societies.  In addition the registry has cut the number of non-IACS societies authorised to carry out surveys and statutory certification on its behalf to just two and plans to audit them later this year.

Thirteen of the 15 CMOU member states attended the 17th annual executive committee meeting in Frigate Bay, St Kitts & Nevis, from July 16-19.  The 50 delegates included representatives from observer states the British Virgin Islands and France, which are about to apply for associate membership.

Major PSC proposals approved in principle included the procedures for a detention review panel, a targeting matrix and a concentrated MARPOL Annex I inspection campaign.  The meeting also discussed the development of a regional White/Grey/Black list, the collation of statistics on company performance and a banning procedure.

Among other priorities, the secretariat was tasked to prepare a ‘needs analysis’ to help develop an on-the-job training programme for PSC officers.