Africa: London 2012 Will Leave a Lasting Legacy for the UK and the Olympic Movement – Unep Executive Director 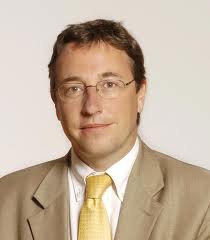 London — Many of London 2012’s sustainability measures were given the thumbs up by UN Under-Secretary General and UN Environment Programme Executive Director Achim Steiner as he toured final preparations for the summer Olympic and Paralympic Games.

“Every Olympic Games represents unique challenges and opportunities in terms of raising the bar of the third pillar of Olympism-namely the environment-and London is no exception, ” he said during a visit to the Olympic Park on the eve of the grand opening.

“This body of ‘lessons learnt’, dating back to UNEP’s cooperation with the International Olympic Committee in the mid-1990s, is the blueprint and guide to each successive host city and, increasingly, other organizers of mass spectator events from the FIFA World Cup to sports such as motorcycle racing, ” said Mr. Steiner as he joined Caroline Spelman, the UK Secretary of State for Environment, Food and Rural Affairs, on a walk around the Olympic site.   In its pre-Games sustainability report, the London Organizing Committee of the Olympic Games (LOCOG) said it had met the vast majority of its targets, implementing measures that deliver the most sustainable games yet, such as the following:  The Olympic park was created on once-contaminated industrial land, and provides both new wildlife habitats and significant flood alleviation;  The most-sustainable and lightest Olympic and Paralympic stadium in history has been completed on time, with old gas pipes used in much of its construction;  London 2012 is the first Olympic and Paralympic Games to measure its carbon footprint over the entire project term;  London 2012 is the first Olympic and Paralympic Games to commit to a Zero Waste to landfill target, reusing or recycling over 98 per cent of waste in the demolition phase, and 99 per cent in construction of the Olympic Park;  London 2012 has pledged to deliver a public transport games, targeting one million extra walking and cycling journeys in London every day of the games.

London 2012 is also utilizing a new sustainability assessment guide developed by the Global Reporting Initiative, which was co-founded by UNEP.   “London’s cleanup of an old industrial site; the restoration of flows and habitat on the River Lea; the greening of supply chains; the low energy linked with the design and construction of the stadium including utilizing old gas pipe’s for the facility’s Olympic ring; and the use of temporary structures to reduce emissions are among the actions that can assist in inspiring the organizers of the Rio 2016 games and beyond, ” Mr. Steiner said.   Ms. Spelman said sustainability had always been at the heart of the bid to host the London 2012 Olympic and Paralympic games, and called the London 2012 event “the greenest games ever”.

“We are committed to building a future for everyone where the natural environment is not just protected, but valued as a national asset, ” she said. “We are delighted to have set new standards in sustainable development, and to showcase the expertise and ingenuity of British companies in delivering a green Olympics so warmly welcomed by Mr. Steiner.”   UNEP has a longstanding collaboration with the International Olympic Committee (IOC) in the greening of the Games that spans Athens 2004, Torino 2006, Beijing 2008 and Vancouver 2010.   UNEP has also provided a raft of recommendations to the Organizing Committee of the Sochi 2014 Olympic Games to provide guidance on the integration of environmental considerations in the preparation and staging of the games and has been invited to assist Rio 2016 in its preparations.

The following timeline outlines UNEP’s growing role since 1994, which is aimed at assisting host cities to go the extra mile in respect to sustainability while leaving a positive and lasting legacy:

1994: UNEP signed an agreement with the IOC, which the same year made the environment the third pillar of the Olympic movement, alongside sport and culture;

1995: The IOC established a Sport and Environment Commission to advise the Executive Board on the integration of environmental considerations into activities of the Olympic Movement, including the Olympic Games. The environment became one of the criteria for assessing bids from potential host cities;

1999: Following on from the Rio conference of 1992, and with support from UNEP, the IOC introduced its own Agenda 21 to integrate sustainability principles into its operations;

2004: UNEP signed a Memorandum of Understanding with the organizers of the Athens Games, the first direct involvement in an Olympic event, although the late point of entry, when all venues and facilities were completed, meant the exercise was more a matter of observation and knowledge gathering for involvement in later Games;

2006: UNEP worked closely with the organizing committee of the Torino Games to ensure that the environment was not an afterthought. Close to 70 per cent of the greenhouse gas emissions generated by the 2006 Winter Olympics were offset using domestic measures in Italy and ‘carbon offsets’ abroad. There were also achievements in sustainable supply chain management, waste minimization, conservation of freshwater and mountain ecosystems, and transport. The alliance with UNEP, the first of its kind, was seen as a genuine step forward in the environmental management of sporting events;

2008: At the Beijing Games, in line with an agreement signed in 2005, UNEP remained engaged throughout and ensured that environmental non-governmental organizations were consulted by the organizers, as well as carrying out environmental reviews before and after the Games. The Games provided an added boost to air quality control efforts, raised public awareness of the problem, helped usher in tighter vehicle emission standards and increased the amount of green space in the city;

2010: UNEP advised the organizers of the Vancouver Games on its environmental policies. The Vancouver Organizing Committee (VANOC) minimized the event’s carbon impact with clean technology choices, an expanded transport system for the city, green construction for the Olympic venues and a commitment to offset direct carbon emissions from the Games. There were successes in protecting biodiversity and 77 per cent of solid waste was diverted from landfill under the waste management policy. UNEP and VANOC also organized an environmental educational campaign for young people across Canada;

2012: UNEP has assisted the organizing committee of the London Olympics to raise awareness of the wide-ranging and integral sustainability measures at the Games, as part of wider efforts to highlight the importance of incorporating environmental concerns into major sporting events;  2012: UNEP is advising the Russian Federation on its preparations for the 2014 Sochi Winter Games. A team of two dozen UNEP-led international and local experts – with input from the WWF, the Russian Geographical Society and other non-governmental organizations – proposed close to 90 projects designed to minimize the impact of infrastructure developments, including recommendations on restoring fisheries in the Mzymta River and extending areas of the Sochi National Park, around which the Games will take place.   After touring the London 2012 site, Mr. Steiner travelled to The Thames Barrier for a briefing on how the barrier is defending the games and Londoners from storm surges, flooding and other extreme weather events.

As of May 2012, the Thames Barrier had been raised 119 timessince it became operational in 1982 (76 were to protect against tidal flooding and43 were to alleviate fluvial flooding).   Closures of the barrier have increased through the decades, with just over two-thirds coming since 2000. It was closed four times in the 1980s, 35 times in the 1990s, and 80 times since 2000.   Environment Agency officials managing the barrier briefed Mr. Steiner on future challenges linked with climate change.   The agency estimates that the Thames Barrier will have to close more frequentlyto prevent overtopping of flood defences upstream, which carries increased risk of the barrier failing.

The current recommendation of the Thames Estuary 2100 project is to set 50 as the maximum number of times the barrier should close each year to reduce the chances of mechanical failure. This is a key constraint in the Thames tidal defense system and reaching this figure would force the agency to improve other tidal defense systems.   The Thames Barrier, with some modification, could continue to provide protection to London through this century (based on current climate guidance). However, it may prove more cost effective to build a new barrier further downstream by 2070, when the Thames Barrier would reach its design standard and would need modification.