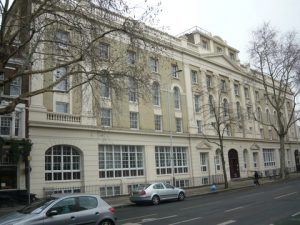 Reacting to the arrest yesterday of Bazel Tfwala, legal officer of the ITF-affiliated Swaziland Transport & Allied Workers’ Union (STAWU), ITF general secretary David Cockroft has today written to Prime Minister Dlamini demanding the trade unionist’s immediate release. No charges were made against Bazel Tfwala at his court appearance, yet he has been remanded in custody until 6 August, when a verdict will be delivered.

This arrest comes against a background of aggression towards STAWU and followed solidarity support by STAWU for ongoing public sector action over the government’s announcement of zero wage increases for civil servants over the next three years. Yesterday the union’s general secretary Simanga Shongwe was arrested at the court registry while trying to process a bail application for Bazel Tfwala, driven 30km away and thrown out of the vehicle by the police, with no means to get back to the regional capital, Manzini. Earlier, the union’s organiser, Sticks Nkambule, was detained temporarily after a transport strike on 16-17 July.

In his letter, David Cockroft said: “As General Secretary of the ITF, representing 690 affiliates in 153 countries, I demand the immediate and unconditional release of Bazel Tfwala. The ITF further demands peaceful solutions to the current labour conflicts in Swaziland and implementation of basic workers’ rights such as freedom of association, as well as the rights to assemble, to bargain collectively and to take strike actions as enshrined in the core Conventions of the ILO.” David Cockroft has also written today to the Minister of Labour and Social Security, Lutfo E. Dlamini, and the British Consulate.

A recent ITF conference held in Durban, South Africa, on 24-25 July brought together more than 30 representatives of road transport workers’ unions from across Africa. They unanimously adopted an emergency resolution expressing full support and solidarity for the Swaziland workers and trade unions to be able to conduct their legitimate duties without fear of or oppression by the state. The ITF will share this with its global members, sister unions and the International Labour Organisation.

Proud to be backing David Florence to the 2012 Olympics