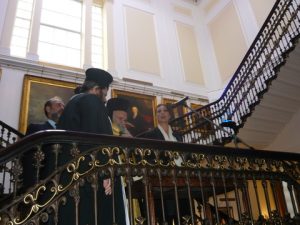 Nearly one hundred guests participated including the Ambassador of Greece Aristides Sandis, the Commercial Attaché Anthony Katapodes, the Vice-president of the International Olympic Truce Foundation Fani Palli-Petralia, the Chairman of the British Hellenic Chamber of Commerce Haris Ikonomopoulos, Panagiotis and Chrysanthi Lemos, the Undersecretary for Sports, the very active Yannis Ioannides, Christos Skaliarakis from the International Olympic Academy, Mark Tzimopoulos from Smart Moving Greece, Cloe Fatsi-Makris, Thomas Timamopoulos from the HOC, Prof. Constantinos Georgiades from the International Olympic Academy, the Director of the International Olympic Truce Centre Dr. Constantine Filis, Makis Peppas the Taekwondo and Boccia Services Manager of the London Organising Committee of the Olympic Games and Paralympic Games Ltd, Christina Nikolopoulou, Art director Elpida Ad. Scoufalos and her daughter Galatea, Thalea Istikopoulou, Olympic Golden Medallist Ioannis Melissanides, Costas Nodaras managing director from oneteam, actress Ino Menegaki who played the high priestess and kindled the light of the Olympic Flame in the ceremony at ancient Olympia back in May- and many others. 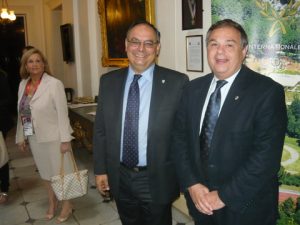 The Olympic anthem was specially performed by soprano Anastasia Zannis – a very touching moment, and Greece’s National Anthem instigated by Archbishop Gregarious leading the chorus. The blessing’s process took place at the staircase/atrium of the building, one of the best architectural designs in London.

Afterwards the guests with the organisers had an excellent Greek-style meze and hot food dips with divine Greek Wine and Homericon Mastiha Liquor – gratis of Ioannis Melissanides after being tipped by Haris Ikonomopoulos. The guests had a rare chance to meet all the participating members from the various Olympic Games groups and associate organisations, exchange views, collect information, as well as write their view on the visitors’ book. These are unique moments of Greece’s Olympic Ideal and worth to be enhanced; for the Greeks in Diaspora, even more than that! 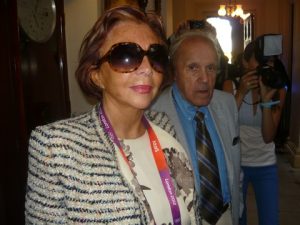 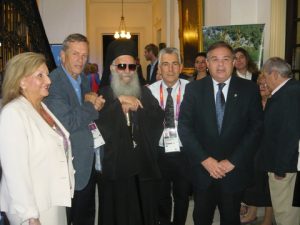 Truce Foundation, Haris Ikonomopoulos, Chairman British-Hellenic Chamber of Commerce, Chrysanthi Lemos, Anastasia Zannis and Ioannis Melissanidis attended amongst others the event “Shape your Future: From Athens to London” again at the House of Hellenes.The event was part of Shape the Future program that aims at sharing the voice of young people. During the event, Pyrros Dimas presented the MATHITIADA concept, an educational initiative for high-school Greek students, in Greece and abroad. Nandia Argyropoulou introduced as well as conducted the event which for sure has a lot to offer to the entire world; a very thoughtful idea. 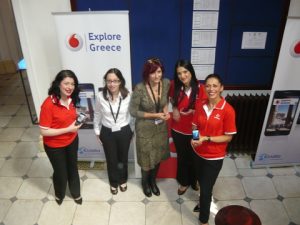 Tomorrow, the first of August, the Invest in Greece event will take place and in the evening the world acclaimed soprano Anastasia Zannis’ solo performance will attract the thoughtful ones who have managed to obtain a place. Moreover on Tuesday the second of August and following the morning’s event by the PanHellenic Exporters Association, Ioannis Melissanides will perform Sisyphus, an artistic rendition of this unique ancient Greek Myth.