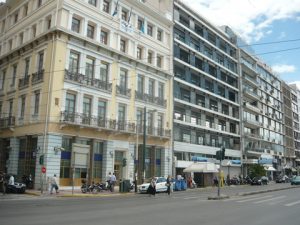 Among the aims of the Piraeus Association for Maritime Arbitration, Mediation has been included as an alternative procedure for resolving disputes, a method often used by shipping companies, English law firms and foreign Mediators.

In this context the Piraeus Association for Maritime Arbitration (www.mararbpiraeus.eu) is pleased to announce its co-operation with (HMAC) the Hellenic Mediation and Arbitration Centre (www.hellenic-mediation.gr). HMAC was founded in Athens in 2010 with the participation of the Association of SA and Ltd Companies and 15 Mediators, certified by Mediation Associations of the United Kingdom.

It should be mentioned that the Greek Shipping expertise and foreign experts remain unexploited and untapped in Greece in the areas of alternative dispute resolution such as Arbitration and Mediation. Taking into consideration the slow administration of justice and the very high cost for similar services abroad, this initiative will provide an opportunity for the maritime community to benefit from the possibility of finding solutions to emerging differences comparably faster and at a significantly lower cost.

According to the Law v.3898/10 recently passed, Mediators in Greece can only

be Lawyers, except in the case of international disputes, which include maritime disputes. There are more than 130 trained and certified Mediators in Greece from recognized international training centres, but only a small number are from the maritime community.

For this reason it was decided to organize seminars (in English) for the training of Mediators specializing in maritime disputes,  in co-operation with the Centre of Effective Dispute Resolution (CEDR) (www.cedr.com).

The first 5-day Seminar will be held in Athens on the Centre’s campus, 42 Panepistimiou Street from Tuesday 16th to Saturday 20th October, 2012 with significantly better economic terms than those available in London. More information on the seminar can be obtained by  emailing : stellam@sae-epe.gr or jennypb@otenet.gr