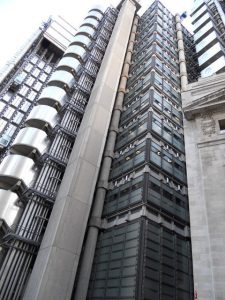 Standard & Poor’s yesterday affirmed Lloyd’s A+ rating and revised its outlook to positive from stable.

They believe that Lloyd’s competitive position has improved relative to its peers – leading to an upward revision of Lloyd’s outlook to positive from stable.

The credit rating agency says this decision comes from its view of Lloyd’s meeting expected operating performance in 2011 (despite record losses), an improved competitive position and progress toward implementing an internal model to address Solvency II.

S&P say that the continual flow of new entrants and capital providers to the Market in recent years is clear evidence that Lloyd’s continues to remain highly attractive as an operating platform. It says the Lloyd’s Market has outperformed peers with strong and stable results, and demonstrated less volatility than in the past. S&P believes that the oversight of the Lloyd’s Performance Management Directorate has been vital in maintaining market stability.

S&P’s base-case projection for Lloyd’s operating results is a combined ratio in the 93%-95% range for full years 2012 and 2013, with pre-tax profits of at least £1.5 billion and return on revenues of 8%-10% (assuming catastrophe losses in line with the historical average).

The agency confirms that Lloyd’s capitalization and financial flexibility is strong and expects it to remain so. They say that the diversity of Lloyd’s capital providers represents a unique strength for the Market.

It believes that financial flexibility is reinforced by Lloyd’s ability to call upon its members for further capital, along with a strong flow of high quality new applicants.