Global acceptance of LNG as a marine fuel will depend on pricing, according to a comprehensive study conducted by Lloyd’s Register 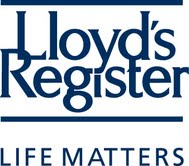 After 12 months of research and analysis, Lloyd’s Register has concluded its 2011-12 study on LNG bunkering and newbuilding demand for deep-sea shipping.

Outside of the niche markets, the study finds that the establishment of LNG bunkering infrastructure capable of supporting most of the world’s consumers will be highly sensitive to the price of LNG relative to alternative fuels. The full report will be made available in October in time for Gastech in London.

”The obstacles to the adoption of LNG as a marine fuel are practical factors, but they are not technical. They are commercial, ” said Hector Sewell, the Head of Marine Business Development for Lloyd’s Register. ”Establishing safe, reliable global LNG bunkering capability is feasible. But it will require considerable investment and risk management, and it will have to cover significant operational costs to challenge existing fuel-oil delivery systems.”

Latifat Ajala, Lloyd’s Register’s Senior Market Analyst, built a dynamic demand model for the study that was rigorously tested and validated with key stakeholders, including shipowners, ports and engine manufacturers.

”We use a model based on LNG supply, trade routes, ship-type fuel consumption, port locations and bunkering demand, as well as shipowner and port surveys. We then applied three demand and price-driven scenarios, ” said Ajala. ”What we found was that the likelihood of global LNG bunkering facilities being established will depend on high demand for LNG-fuel on deep-sea trades, which will be driven by the price of LNG relative to current and future alternatives.”

The study’s base-case scenario predicted that by 2025 there could be 653 deep-sea, LNG-fuelled ships in service, consuming 24 million tonnes of LNG annually. These ships are most likely to be containerships, cruise vessels or oil tankers.

When the study modelled relatively cheap LNG — for example, 25% lower than current market prices — the projected number of LNG-fuelled ships rose to approximately 1, 960 units in 2025. If the cost of LNG increased 25% against current prices, the model found that hardly any new LNG-powered tonnage would hit the water.

”Excluding smaller ferries and local trades where there are local market, fiscal and regulatory drivers — such as in parts of the Baltic and Norwegian shelf – it was the container-ship and cruise-ship markets that were the most likely to adopt LNG, ” said Ajala. “This is because of their relatively high energy requirements, the demands of customers in these two sectors, their regular trading patterns and the time those ships spend in emission-control areas.”

”The difficulty for those looking to make decisions is that forecasting energy prices has always been a dangerous business, ” she said. “For shipowners looking to make these decisions, flexibility may be the key. Choosing engines that can burn both gas and fuel oil, or that can be converted, may be one way to manage the regulatory and commercial issues involved with fuel choices.”

PD Ports demonstrates the value of investing in people