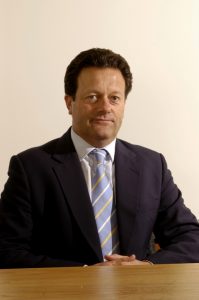 The UK P&I Club (the UK Club), one of the oldest shipping protection and indemnity insurance mutuals, formally announces a reorganisation of its structure to establish the UK Europe as the sole provider of direct insurance business to UK Club Members. The new structure will take effect from February 2013 and does not impact members in the 2012 policy year.

The change will reduce the number of separately regulated entities, strengthen governance, reduce compliance costs and efficiently manage the Club’s solvency capital requirements. There will be no change to terms of entry, cover or premium for members and the overall amount of free reserves held by the UK Club before and after will remain the same.

The current UK Club structure utilises three companies: UK Bermuda, UK Europe and a captive reinsurer, IPIR. While many members are insured directly by UK Bermuda (through its respective branches in the UK, Hong Kong, Singapore, and Japan) a substantial number of members are already insured by the wholly owned subsidiary, UK Europe. In the new structure, UK Bermuda will cease to write direct insurance business, responsibility for which will transfer to UK Europe. UK Bermuda will continue to be the holding company, controlled by its Members, and will also become the reinsurer of UK Europe.

All members will shortly be receiving a letter with further details and an invitation to approve the change by voting in proxy or in person at a meeting to be held in Paris on Monday 29 October 2012.

The transfer of UK Bermuda’s insurance business has involved a number of regulatory and legal filings, including an application submitted in June 2012, to the High Court of Justice.

Hugo Wynn-Williams, Chairman of the UK P&I Club managers Thomas Miller says: “The restructure of the UK P&I Club’s business has been planned for a long time and is good news for all members. By reducing the number of separately regulated shipowner insurers from two to one, we are able to reduce costs and ensure we are ready for the new requirements of Solvency II.”

Further information about the restructure can be found at the Club’s website: http://www.ukpandi.com/about-the-club/club-restructure

Nautilus concludes its expedition on Eratosthenes Seamount off Cyprus