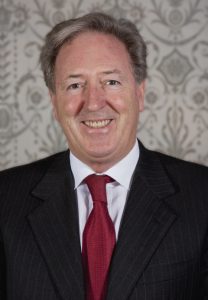 Consequences of US Ports’ Closure

The Strike Club has warned that if the looming threat of a stevedores’ strike at 14 ports along the US east and Gulf coasts becomes a reality, it could be the precursor of further labour unrest, not only in the US but elsewhere, with extremely damaging repercussions for shipowners and charterers and, indeed, for the world economy.

US seafarers have now joined forces with the stevedores under a new partnership, the Maritime Labour Alliance, which has received a message of support from the International Transport Workers’ Federation, according to media reports.

The imminent resumption of critical negotiations between employers and unions will involve a number of questions and demands which must be resolved before the end of this month when the current agreement expires.

Automation is a key issue. It was one of the original sticking points in the early negotiations and will again be high on the agenda. Ominously, the ITWF referred to “efforts to automate maritime workplaces.”

“There is a message here for the whole shipping industry, ” said Bill Milligan, chief executive of S.C. Management. “We are now witnessing the start of a robotic revolution as robots get cheaper and better at doing things, and this is leading to a big, long-term change in manufacturing processes. And this hi-tech revolution is spreading out from the factory floor to many other operations, including cargo handling and the way in which ports and terminals are equipped to operate – not to mention the spectre of the fully automated ship in the not too distant future.”

Mr Milligan added: “There are huge social implications in the coming transition as automation could lead to much higher long-term unemployment. This threat has been with us for some time, of course, but the volatile situation in the US ports dispute underlines the message that robotic automation is a game changer that cannot be ignored.”

The club is the leading market for the provision of insurance protection against delays in the marine trades. It currently insures some 4, 000 ships for strikes and other delays, and 1, 500 ships for war risks or loss of earnings. Ships under the flags of 84 states are entered in the club’s three mutual classes.

The club says its message is simple: Don’t wait for strikes to happen – strike first by ensuring that adequate insurance protection is in place.

Rating agency S&P recently issued an updated report on The Strike Club, confirming its unchanged rating of BBB+ Stable. S&P noted that the club’s operating performance was good and, indeed, the 2011/12 performance was one of the best over the last 10 years. It said that liquidity was high and improving further, while there was extremely strong capital adequacy.

S&P referred also to the club’s stability and geographical diversification of customer base, and its international market leadership in the niche area of strike and delay insurance. –ends-