Piracy and War Risks – Considerations for Owners and Charterers 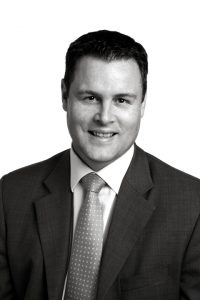 – Piracy and War Risks – Considerations for Owners and Charterers

With piracy in Africa an ever-present concern, owners and charters should consider carefully any piracy or war risks clauses contained in their charters. This article by Darryl Kennard and Rebecca Crookenden considers the recent decisions of the “Triton Lark” and the “Paiwan Wisdom”.

In this case, Charterers gave instructions for the vessel to sail via Suez and the Gulf of Aden. Owners refused this order due to the piracy risk and instead routed the vessel via the Cape of Good Hope. A dispute arose as to who should pay for the additional costs incurred. Owners relied successfully on the CONWARTIME 1993 clause in the arbitration and Charterers appealed.

He then went on to find that the words:-

• “may be, or are likely to be” intended to express only a single degree of possibility or probability so it should be read as “may be, that is likely to be” which, he said, was best captured by a concept of “real likelihood”, being a likelihood that must be based on evidence (rather than a fanciful likelihood based on speculation).

• “reasonable judgment of the Master and/or the Owners” referred to an objective judgment made in good faith because “otherwise it would not be a judgment but a device to obtain a financial gain.” He further commented that “If [the owner] makes no enquires at all it may be concluded that he did not reach a judgment in good faith.”

In a second judgment in the same case, Teare J clarified the meaning of the words “exposed to War Risks”, which encompasses Piracy. The answer, he said, was to be found in the clause 2 of the CONWARTIME 1993 clause and he held they meant a situation that could properly be referred to as “dangerous” on account of Piracy, adding that what is “dangerous” was a question of fact which depended on the likelihood of that particular peril occurring as well as the gravity/consequences on the vessel, cargo and crew, of that risk materialising.

It is clear that, in construing the CONWARTIME 1993 clause, Teare J had in mind that the Charterers’ right to give orders as to employment was “key right” and that “any limitation on that right must be clearly expressed”.

In summary, the judge has found that the central question to be addressed when considering whether there is a right to refuse to transit through an area due to piracy is whether there is (on an objective assessment made in good faith based on evidence) a likelihood that the particular vessel will be placed in a situation of danger that will have serious consequences for the vessel. Given the low statistical risk of any vessel being hijacked, Owners may find it difficult to justify a decision to deviate from areas in which pirates operate.

In this case the CONTIMEWAR 2004 clause was incorporated into the charterparty, which specifically excluded delivery to the ports of Eritrea, Ethiopia and Somalia, among others. Passage through the Gulf of Aden was “always allowed with H&M insurance authorisation”. In April 2010 Owners refused to load in Taiwan because the intended cargo was to be discharged in Mombasa. In so doing they relied on the CONWARTIME 2004 clause and the “recent developments in the Indian Ocean in respect of piracy”. The following question of law lay at the centre of this dispute: “Whether, on the true construction of the Charterparty, the Owners are precluded from relying upon the CONWARTIME 2004 clause to justify its refusal to proceed on a voyage to Mombasa if there was no material change in the risk of proceeding with that voyage between the date of the Charterparty and the date of the order?”

The tribunal held that the Owners reliance on the CONWARTIME 2004 clause was justified, noting that there was no suggestion that Owners were aware that the Vessel was likely to be instructed to go to Kenya when entering the charter, that the shipping community was aware of the risks of piracy in parts of the Indian Ocean at the time of concluding the charter, and that the risks of passing through the Gulf of Aden were substantially diminished by the presence of the navy and the convoy system.

Charterers appealed and for the purposes of the appeal it was assumed that Owners’ decision was made in good faith and that there had been no change in the risk of piracy in Kenya from the date of the charterparty to the date of the order. This lack of change was relied upon Charterers, who argued that this state of affairs coupled with the fact that the charter expressly permitted passage through the Gulf of Aden, made it clear that the Owners had accepted the risk of trading to Kenya. As a consequence, and following the reasoning in The Product Star (No 2), Charterers argued that Owners could only rely on the CONWARTIME 2004 Clause to refuse to go to Kenya if there was an escalation in the War Risk in that area.

Teare J distinguished The Product Star (No. 2) on factual grounds. It was clear in that case, he said, that the Owners had accepted the risk of trading to the specific port in question and that was why an escalation in the War Risk was required before a refusal to proceed to the specific port could be justified pursuant to the CONWARTIME 2004 clause. However, based on the factual context, Teare J held that Owners in The Paiwan Wisdom could not have been taken to have accepted the risk of trading to Mombasa, and thus no such escalation was required. The appeal was dismissed, although one imagines the matter may still find its way back before the arbitrators for a determination as to whether the Owners’ refusal to load was a decision made in good faith.

Owners and Charterers should scrutinise any charterparty and consider including a specific clause carefully. Additional measures such as joining a convoy and obtaining additional insurances, should be undertaken to ensure the parties’ commercial interests are sufficiently protected.

If you would like to discuss this article or need specific advice, please liaise with Darryl Kennard or Rebecca Crookenden on the details below or your usual Thomas Cooper contact.