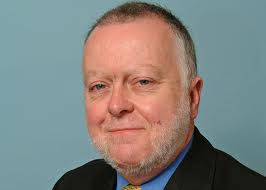 The International Chamber of Shipping (ICS), which represents over 80% of the world merchant fleet, has welcomed the acknowledgment by governments at the International Maritime Organization (IMO) that there will be significant problems with the implementation of the Ballast Water Management (BWM) Convention.

However, ICS feels that the type-approval process for expensive new treatment equipment is seriously flawed and that much more work still needs to be done by governments to rectify the current situation.  Shipowners are being required to invest billions of dollars in new treatment systems that may not always work in practice.

Speaking at the end of this week’s meeting of the IMO Marine Environmental Protection Committee (MEPC), ICS Secretary General, Peter Hinchliffe, said: “It is good that many governments seem to accept shipowners’ arguments that it will be very difficult indeed to retrofit tens of thousands of ships within the timeline of two or three years after entry into force as the Convention text currently requires.  IMO has agreed to develop an IMO Assembly Resolution, for adoption in 2013, to facilitate implementation to work smoothly.”

In the discussions ahead, ICS will continue to press for its proposed solution that existing ships should be defined as those having been constructed prior to entry into force, and that retrofitting should not be required until the next full five year survey, rather than the next intermediate survey should this be sooner.

“It is vital that we ease the log jam by spreading implementation over five years rather than two or three.” said Peter Hinchliffe.

ICS remains concerned that a number of governments still do not appear to appreciate the scale of the challenge faced by the shipbuilding and repair community in order to cope with the vast number of ships that will be required to install the new treatment systems.

ICS is also very disappointed that many shipowner concerns about the robustness of the type-approval process have been disregarded or sidelined during the MEPC meeting.

“The BWM Convention was designed to assure the ability to meet the required standard by a treatment system installed on an operating vessel, not in the vacuum of a test facility.” said Mr Hinchliffe.

ICS contends that enforcement and compliance actions will not be taken against treatment system manufacturers or test facilities, but rather against shipowners who in good faith may have installed a type-approved system that when subject to the variables in a real life operating environment may fail to perform as required.  A robustly type-approved system, costing between one and five million dollars per ship, should reasonably be expected to operate effectively under all of the normal operating conditions encountered at sea.

ICS is therefore disappointed at the unwillingness of IMO Member States to consider reopening the G-8 Guidelines on type-approval.  ICS believes this will make it harder for governments that have not yet done so to consider immediate ratification of the BWM Convention, or for shipowners to invest in the new equipment before they are legally required to do so.  The reluctance of many IMO Members States to reconsider the type-approval guidelines will therefore be in the best interests of no one, least of all the environment.

The text of the ICS intervention during the final plenary discussion about the BWM Convention at the IMO MEPC is attached.  The intervention was supported by China and the some of the world’s largest flag states, including Liberia, Malta, Marshall Islands, Panama and Vanuatu, whose implementation of the Convention will be vital in order for it to have genuine global application.

· The International Chamber of Shipping (ICS) is the principal international trade association for shipowners, with member national associations from 36 countries representing all sectors and trades and over 80% of the world merchant fleet.

·The text of the ICS intervention during the final plenary discussion about the BWM Convention at the IMO MEPC can be read here if you click: Annex ICS Statement to MEPC