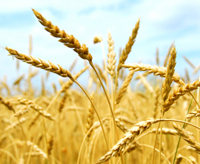 Wed 17 Oct 2012 – Recent droughts in the US and Eastern Europe have raised the profile of the niche crop insurance sector.

In the US, the worst drought in 50 years has hit America’s agricultural heartland, impacting 85% of the soybean crop and 87% of its maize crop.   In Russia and the Ukraine grain yields were also dramatically reduced thanks to a summer-long drought. In contrast parts of Northern Europe, including the UK, have been subjected to endless rain.   These are the kind of climate extremes which the UN’s Intergovernmental Panel on Climate Change (IPCC) thinks will become more common in future. It also spells opportunity for crop insurers and reinsurers.   Riding commodity prices   In the US, catastrophe modelling firm AIR predicts crop insurance losses could exceed $13bn, potentially reaching $20bn after the hottest July on record.

Much of this will be subsidised by the US Crop Insurance Program. Nevertheless, the industry as a whole is facing a gross loss ratio of 120% to 180%, and premiums are set to rise as a result.   Despite a tough year, insurance and rising prices for cash crops means US farmers are unlikely to make a loss in 2012 despite their poor yields.   “The drought of 2012 will greatly reduce the harvest of major crops such as corn and soybeans, ” said AIR Worldwide senior principal scientist Dr Gerhard Zuba. “The AIR model indicates yields as low as 40% below normal in some areas. These low yields and the expected shortage at harvest have already increased prices for these commodities.”

“Since planting this spring, corn prices have risen by 142% and soybeans by 138% (as of 24th August 2012), ” added Zuba. “With high prices and high-take-up rates, most corn and soybean farmers will not suffer a loss, as they bought revenue protection policies.”   Risk assessment and emerging markets   Commodity prices will continue to drive the growth of crop insurance in the well established markets thinks Joseph Monaghan, senior managing director at Aon Benfield, with growing opportunities in developing markets.   “Many major agricultural producing countries like India, China and Brazil have low but quickly growing participation rates, ” he says. “There are also new agriculture insurance programs continually being introduced in other countries. Asia, Europe and Latin America are growth areas in this regard.”   The biggest challenge as the sector develops is adequately understanding and modelling the risk, particularly as the sector evolves.

“In established markets such as the US there is plenty of historical data, ” says Monaghan. “However the programme and products have been changed significantly over time. The addition of revenue products, which include coverage for the impact of market price changes, has changed the risk profile of the US program. This means that historical performance is not necessarily a useful indicator of future risk.”    “In new markets such as China, products are also evolving but there tends to be less data which adds additional complexity to accurately assessing the risk, ” he adds.

“Modelling has made a big difference. Understanding the risk on a primary basis helps everyone involved make better decisions. Both for day-to-day operational choices and reinsurance decisions.”   Despite the high level of claims in the US and Europe this year, agricultural insurance continues to attract capacity.   “Agriculture is a desirable line of business because it is generally perceived as non-correlated with property cat and has performed quite well over the past 15 years driven by strong performance in the US, ” says Monaghan.

Piracy drops by 54% in Gulf of Aden