Lloyd’s has been reinsuring business in Brazil for much of its history, but its premium income in the country has been significantly enhanced since it opened its Rio de Janeiro office in 2008.

In that time, Lloyd’s Brazil has tripled in size from $100m in 2007 to nearly $300m in 2011, says Castro and is expected to reach $430m by year end.   Lloyd’s is the largest foreign owned reinsurer operating in Brazil, and second only to IRB-Brazil Re, the state owned company that held a reinsurance monopoly in the country until the market was opened in 2008.

In recognition of the opportunities in Brazil the UK’s Prime Minister David Cameron recently led a UK trade delegation to Brazil which Marco was involved in. The delegation, the largest ever from the UK, promoted British business expertise in areas such as infrastructure, services, energy, technology, defence and sports.

“Trade between the two countries could potentially be much greater than it is at present. However, in the area of insurance and reinsurance there is already a long standing and strong relationship, as demonstrated by the success of Lloyd’s Brazil, ” he says.

Huge investments are being made in Brazil’s infrastructure, such as highways, railways, airports, ports and power plants. Infrastructure investments in sport facilities have also been boosted by the 2014 football World Cup and the 2016 Olympic Games, which are being hosted by Brazil.   Castro believes that such investments can benefit Lloyd’s given its expertise in complex and large risks, like commercial property, construction, energy, marine and aviation.

The country is also on the verge of an oil and gas boom, which is likely to create more opportunities Lloyd’s is already providing cover to the Brazilian oil and gas sector as investments grow in offshore platforms, vessels and drilling equipment.

Having a local presence in Brazil is beneficial for Lloyd’s says Castro. The eight managing agents with offices in Brazil have grown faster than those without – 184% growth for those in Brazil compared with a Lloyd’s market overall average of 103% from 2008 to 2011. 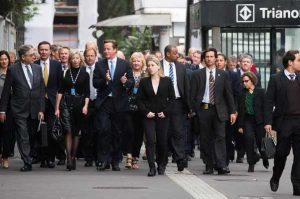 Lloyd’s managing agents with offices in Brazil have first access to business opportunities, often have a better understanding of local risks and see business that otherwise does not find its way to the underwriting room in London, he says.

Lloyd’s Brazil keeps managing agents and brokers updated on market intelligence and opportunities, as well as promoting Lloyd’s expertise in the region. Castro is giving a Market Presentation at Lloyd’s in London on November 27th and will host a Meet the Market event in Rio de Janeiro in April 2013.