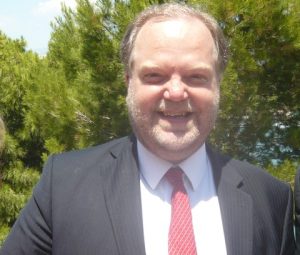 Vessel operating costs are expected to rise by 3.0 per cent in both 2012 and 2013 according to a new survey by international accountant and shipping consultant Moore Stephens*. Lube expenditure and crew costs are the categories most likely to produce the highest levels of increase.

The survey is based on responses from key players in the international shipping industry, predominantly shipowners and managers in Europe and Asia. As was the case twelve months ago, those responses identified lubricants as the cost category likely to increase most significantly – by 2.9 and 2.8 per cent in 2012 and 2013 respectively.

“With crude oil prices hardening, lube costs will go up, ” said one respondent, while another observed, “Fuel and lube suppliers are very aware that there is an oversupply of tonnage on the market, and take advantage of that in their dealings with owners.” Another still said, “There is ongoing pressure to reduce operating costs by means of improving vessel fuel efficiency, and in practice there might be a gap between expectations and what can be achieved as fuel and lube costs are likely to increase at a steady pace.” Elsewhere it was noted, “There is no alternative to lube oil, and costs are already very high, making it very difficult to operate a ship.”

A number of respondents cited crew costs as a major cause for concern. One said, “As long as there is stiff competition on crew costs amongst managers, with wages being increased at random, the situation will not settle down.” Another noted, “The volume of new vessel deliveries and short contracts will put pressure on crew supply, and crewing costs will go up.” Neither were respondents convinced that more expensive crews would actually mean better crews. “Crew competence and skill is declining, ” said one, “with a trend towards short contracts and fast promotion. This is leading to more accidents and to extraordinary unbudgeted expenses.” Another remarked, “The shortage of qualified crews is steadily getting worse. A lot of the new crews are of a very low standard.” Elsewhere it was noted, “Crews from countries that offer lower wages will play a very important role in the cost of operating vessels. With low freight earnings, owners will try to save on crew wages.” Meanwhile, one respondent claimed, “The biggest single factor in operating cost increases these days is the scarcity of Filipino and Chinese seamen.”

Several respondents expressed concern about overtonnaging. “The market has been very shaky in 2012, and will continue to be so next year, because of the oversupply of tonnage and the shortage of motivated and qualified crews, ” noted one, adding, “Below-break-even voyages are being undertaken in order to avoid sending ships into lay-up or being sold at very low prices.” Another pointed out, “The shipping markets will only get more difficult, as a result of overcapacity, ” while another still predicted, “Due to the over-supply of ships, we face a major crisis, and an increase in the amount of laid-up tonnage.”

The difficulty of obtaining finance, declining freight rates, and the cost of increasingly stringent regulatory compliance were among other concerns cited by respondents to the survey. “Legislation coming into force, including that affecting labour conditions and the environment, ” said one, “will have a major impact on operating costs for older tonnage.”

Labour costs, competition and raw materials costs were other significant influencing factors which featured in the responses to the survey.

Moore Stephens shipping partner Richard Greiner says, “Ship operating costs increased by an average of 2.1 per cent across all the main ship types in 2011, and it is unsurprising that our latest survey anticipates that costs will rise by a greater margin in both 2012 and 2013. Although they will be difficult for owners, operators and managers to absorb in a struggling economic environment and a depressed freight market, these increases still represent a continuation of less volatile cost movements than those we saw just a few years ago.

“Once again, lubes and crew costs are predicted to increase most significantly, and it was concerns in respect of these which dominated the comments made by respondents to the survey. Given projected increases in the price of oil, and the entry into force next year of the Maritime Labour Convention 2006, it would be a surprise if the same were not true of next year’s survey.”

*Moore Stephens LLP is noted for a number of industry specialisations and is widely acknowledged as a leading shipping and insurance adviser. Moore Stephens LLP is a member firm of Moore Stephens International Limited, one of the world’s leading accounting and consulting associations, with 636 offices of independent member firms in 100 countries, employing 21, 197 people and generating revenues in 2011 of $2.3 billion

Complete collapse of euro is unlikely