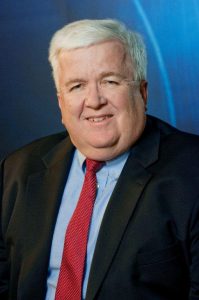 Raging through North America, super-storm Sandy has already cost lives and wreaked much property damage – with casualties on the marine front including sadly the tall ship HMS Bounty, submerged as she tried to flee huge waves off the coast of North Carolina.

Despite its savagery, the hurricane looks unlikely to do lasting damage to the insurance industry. A very early estimate by the risk modelling firm Eqecat was for insured losses of between $5bn and $10bn. Such a figure would be tolerable compared to the $47bn insured cost of Hurricane Katrina in 2005, and the $23bn from Hurricane Andrew in 1992.

Whatever the toll, the reinsurance industry has become far more resilient to major losses in recent years,   as ratings agency AM Best Co found when it assessed the sector recently. On October 18, John Andre, group vice-president at AM Best, told the company’s 2012 Europe Insurance Market Briefing in London: “Reinsurers are implementing various capital management strategies. From a capital perspective, the global insurers are well capitalised and capable of absorbing significant losses from a combination of events.”

Mr Andre noted: “Over the past two and a half years, numerous catastrophic losses occurred around the world, inflicting approximately $50bn of losses on the global reinsurance sector.  These loss events proved to be manageable from a capital perspective.

“Through the first half of 2012, catastrophe losses impacting global reinsurers have been comparatively light relative to the prior year, allowing the market to replenish its capital and available capacity.” In fact, global capital rose by about 7% in the six months.

Despite “numerous” challenges, including the Eurozone crisis, AM Best held its rating outlook on the global reinsurance segment at stable. This accords with what reinsurance executives have described as the more loss-robust structure of their industry.

Much depends on how Hurricane Sandy plays out. On the face of things, damage could be massively costly –risk modeling company RMS has calculated  that New York City for instance has $2.1trn worth of insured property, mainly commercial and industrial buildings. Of course, only a small amount of that will have been affected by Sandy, and some of the flooding loss will be covered by the National Flood Insurance Program and by local authorities. As Sandy swept over the Caribbean, some $500m of insured loss was estimated to have been inflicted.

Although 14 of the complement of the HMS Bounty – built for the 1962 film Mutiny on the Bounty –were rescued by a US Coast Guard helicopter, a woman crew member died and the captain was missing. 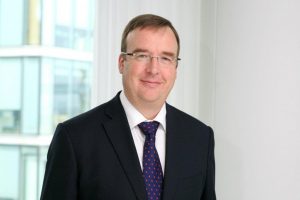 An important warning was sounded at the AM Best event by guest speaker David Law, global insurance leader at PricewaterhouseCoopers. Mr Law blamed some western insurers for having “holes in their knowledge” that had led to them suffering big losses from the 2011 floods in Thailand that disrupted manufacturers’ supply chains. He urged the industry to take on a more dynamic stance and make use of the talented students coming out of universities. “Insurance has to sell itself as an industry where people can build a career, and I don’t see that [at this stage].” He said. 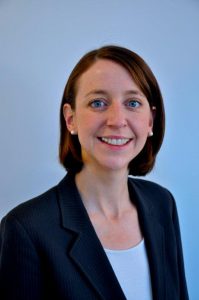 Of the London market, AM Best analytics director Catherine Thomas said: “Limited opportunities for organic growth and the fact that a number of Lloyd’s vehicles have traded at share prices close to their book valuations have prompted some insurers to consider growth through acquisition.  A number of takeover approaches and merger discussions involving Lloyd’s businesses have taken place over the last 18 months.  However, many deals have not been forthcoming, primarily as sellers and buyers have different perceived values.”

AM Best takes a close interest in the protection and indemnity market, as does its rival Standard & Poor’s. In a report in March this year on the P&I clubs, AM Best said: “The clubs are operating in a difficult claims environment, characterised by volatile loss experience and inflationary pressure on the cost of claims. At the same time, their ability to increase call levels is constrained by the economic realities facing ship operating members.

“As the clubs navigate a difficult marketplace, as well as regulatory challenges, the marked variance in the performance and financial strength of individual clubs is expected to grow.”

Herbert Lom, the Pink Panther, and a lucky escape from being trapped in the meltdown at Lloyd’s

Tanker: First GL certification for LEHNKERING according to TMSA