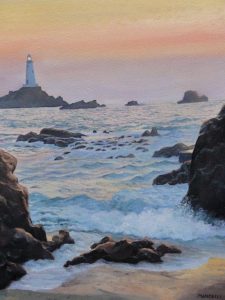 You might know Wimbledon for its tennis or race-track, or for Wimbledon Common or Wimbledon Village, but its artistic community is putting it on the map too. There is an ideal opportunity to see what it gets up too by dropping in to the autumn exhibition of Merton Art Society, at Wimbledon Library, from November 19-24, 2012.

Merton Art Society(http://sites.google.com/site/mertonartsociety) is one of hundreds of such organisations throughout the UK which welcome people of all ability, attracting around 60 to its monthly meetings. Workshops and demonstrations draw lively participation – one of the most recent was on marine painting in oil, presented by guest speaker Rick Holmes, a member of the exclusive Wapping Group of Artists, which was founded in 1946 to record the life of London dockland. Changes in Thameside activity now see the 25 members of the group out in all weathers from Henley to the estuary. 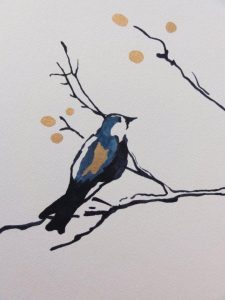 Commenting on the boom in art societies in Britain, the online arts magazine Global News Box said last year: “In a world staggering under the banality of mass-produced imagery, the scale of this homespun creativity is a little-publicised boon.”

Merton Art Society, currently chaired by Debbie Mandelli, will in 2013 celebrate its 50thanniversary. From its early days it has enjoyed a capacity membership: the first people to join paid an annual subscription of 25 shillings and every year danced at a social event to what its official history called “squeaky records” and later to live bands. 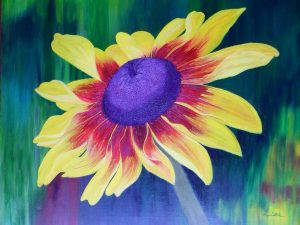 Just for you (Dahlia), Acrylic, By Lisa Choi

Some supporters, including past chairman Julia Griffiths, and current committee members Cynthia Hatcher and Daniele Mandelli, are recognised in the wider arts scene. During her dynamic chairmanship, Julia built up the spirit of participation and produced a series of canvases on favourite subjects including coastal and equestrian scenes. Cynthia has shown her work at the Mall Galleries and will be a leading contributor to the forthcoming exhibition, as will Daniele who has won much praise for his landscapes, woodland and marine scenes. He has been a keen member for nearly a decade, and told us: “I even met my wife Debbie through the society!”

Meanwhile an impressive number of 108 artists opened their studios or displayed works during two September weekends this year in the second Merton Arts Trail, an annual festival of art. Special events included an exhibition of contemporary art inspired by the 19th century designer and writer William Morris, and sponsored by the Waltham Forest-based William Morris Gallery and by Marcus Beale Architects, in the ruins of the Chapter House at Merton Abbey Mills. The chapter house, part of a former Augustinian monastery appropriated by Henry VIII, has only recently been opened to the public. 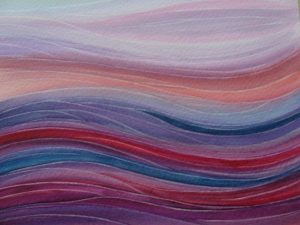 World Shipping latest: Too many issues at stake; others still hanging on and Greece still on turmoil…

Congratulations, dear artists! Your paintings are so beautiful!
Good luck with your sales next week.

people enjoy painting, for it is one of the most rewarding ways of expressing thoughts and feelings about things. -Nicholas Verrall-

I have been a member of Merton Art Society for approx 40 years and served as Secretary Chairman and committee for many years. I am so pleased and proud that the Society is now in the care of the new generation. Thank you for continuing to support the Society and ensure that this precious venue for the appreciation and preservation of art is available for all. My congratulations to our New Chairman Debbie. Thank you so much for stepping up and not letting the Society go under.
My thanks also for all the members of the committee without whose hard work there would not be a society.