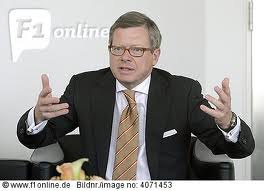 Consolidated net income before IAS 39 and taxes rose to €125.6 million – a remarkable 7.8% year-on-year increase. Once again, the volatile net result from financial instruments in accordance with IAS 39 weighed on income before taxes which – as a result – declined by 2.0%, to €104.3 million.

Wolfgang F. Driese, CEO and Chairman of the Board of Managing Directors, assessed DVB’s consolidated nine-month results:
“DVB has been able to report very good operating results for the first nine months of 2012. A key reason in this respect is the fact that the vast majority of exposures in our Transport Finance business are performing in line with contractual agreements. The high level of diversification in our portfolio is paying off.

In certain subsectors of our shipping finance business the crisis has deepened further though. We responded to this by carrying out an even more cautious assessment of our lending portfolio during the third quarter. As a result, net allowance for credit losses increased to €53.3 million for the first nine months of 2012 (compared to €19.2 million last year). From today’s perspective this level of provisioning should be sufficient. Accordingly, we do not anticipate allowance for credit losses for the full year 2012 to materially exceed the previous year’s figure of €59.2 million.

The market environment remains very difficult indeed in some areas of maritime shipping. Despite the negative business framework in some sectors, and weaker growth rates in the world economy, DVB expects to achieve fully satisfactory results for the 2012 business year which are not expected to materially diverge from the previous year’s figures.”
Total income (comprising net interest income after allowance for credit losses, net fee and commission income, results from equity interests accounted for using the equity method, and net other operating income/expenses) rose by 6.2%, from €247.4 million to €262.7 million.

Net interest income grew by 2.2%, to €185.2 million. New Transport Finance business totalled 93 transactions in the year to 30 September 2012, with an aggregate volume of €2.8 billion (9m 2011: 109 transactions with a volume of €3.3 billion). When originating new business, DVB continued to target only those exposures which offer a sustainable risk/return ratio. Accordingly, the average interest margin on new Transport Finance business rose from 297 to 357 basis points.

Net other operating income/expenses rose from €11.8 million to €42.3 million. Net other operating income of €53.1 million also includes the proceeds from the sale of shareholdings. On 14 June 2012, the Bank sold a 60% stake in TES Holdings Ltd, the British aero engine specialist headquartered in Bridgend, Wales, to two Japanese investors. The two new partners – Mitsubishi Corporation, and Development Bank of Japan, Inc. – acquired 35% and 25%, respectively. DVB Holding GmbH remains the largest shareholder, with a share of 40%.

General administrative expenses rose 4.7%, to €137.1 million. Staff expenses were up by 6.2%, to €75.9 million. DVB employed a total of 560 staff as at 30 September 2012, an increase of 16 compared to the end of the first nine months of 2011 (544 employees). Higher bank levy charges and contributions to the deposit insurance scheme, meant that non-staff expenses (including depreciation, amortisation and write-downs) rose by €1.8 million, to €61.2 million.

Net income from financial instruments in accordance with IAS 39 (comprising net trading income, the hedge result, the result from the application of the fair value option, the result from derivatives entered into without intention to trade, and net income from investment securities) changed from €-10.1 million to €-21.3 million. Once again, the net figure reflects the level of volatility on foreign exchange and interest rate markets.

DVB’s total assets rose by 10.0%, from €22.0 billion to €24.2 billion. DVB’s nominal volume of customer lending (the aggregate of loans and advances to customers, guarantees and indemnities, irrevocable loan commitments, and derivatives) was unchanged year-on-year in euro terms, at €21.7 billion, and also in US dollar terms, at US$28.1 billion.

You can find a video commentary on the nine-month results by Wolfgang F. Driese, CEO and Chairman of the Board of Managing Directors of DVB Bank SE, together with the detailed interim management statement during the second half of 2012, on our website: www.dvbbank.com.