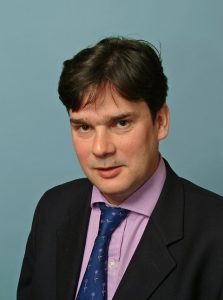 At an event in Doha (27 November) hosted by the UN International Maritime Organization (IMO), ICS will report on the further progress being made by shipowners worldwide to reduce their CO2 emissions and improve fuel efficiency.

ICS comments on the recent UNFCCC secretariat report on means of long term ‘climate financing’, which suggests that the international shipping industry should make a substantial contribution to the $100 billion per year Green Climate Fund, established by the UNFCCC Conference in Durban last year to finance climate change adaptation projects in developing countries.

ICS explains that, with the full support of shipowners, governments at IMO have already adopted binding global regulations for technical and operational measures to reduce ships’ emissions, which will enter into force in January 2013 and will apply to at least 90% of the world’s tonnage.

“This will greatly assist the industry in meeting its commitments for a 20% efficiency improvement by 2020 and a 50% improvement by 2050. The immediate priority for the shipping industry is to ensure that the ground breaking IMO agreement on technical measures is fully and successfully implemented, ” says ICS Director of External Relations, Simon Bennett. “Our focus on improving carbon efficiency per tonne-km is thus similar to the approach taken by economies such as China that link efficiency targets to increases in GDP.”

ICS makes it clear that additional Market Based Measures (MBMs) are controversial amongst shipowners. “Some governments appear to be more interested in how much money can be raised from shipping, rather than the emissions reductions that this might deliver. Just because we lack a strong political constituency, we should not be treated as a cash cow, ” said Mr Bennett.  “The high cost of fuel which, with the introduction of low sulphur fuel, is now set to increase dramatically, means that shipowners already have every incentive to improve their efficiency. Governments must also avoid the possibility of modal shift. If excessive costs are added to shipping, there could be greater use of less carbon-efficient shore based transport modes which will generate additional CO2.”

However, ICS recognises that the need to prevent climate change is a political challenge as much as a technical one, and shipowners must play a constructive part in the discussion about MBMs.

“As shown by the 2011 agreement on technical measures, IMO is very capable of continuing the real progress it has already made on developing Market Based Measures. If governments so decided, this could possibly also involve a linkage to the UNFCCC Green Climate Fund, as suggested by the recent UNFCCC secretariat report on long term climate finance.” said Mr Bennett.

In the absence of any clear proposal on how this might be done or what the monies involved might be, ICS has not yet agreed a definite position on this possibility. However, the majority of ICS members see a mechanism linked to fuel consumption, which as an interim step might involve monitoring and verification of fuel consumption, as being far preferable to emissions trading schemes or any other MBM which risks serious market distortion or damage to the level playing field of uniform global regulation which shipping needs to operate efficiently.

“Whatever is eventually decided, ” said Mr Bennett , “some of the suggestions that ICS has seen, from the IMF and others, for shipping to pay over 25 billion dollars a year are totally inequitable, and would almost certainly be viewed by developing countries as a tax on trade or as a kind of green protectionism.”

To explain the issues involved, and the progress being made to reduce ships’ CO2 emissions, ICS has produced a brochure for the Doha Conference – Shipping, World Trade and the Reduction of CO2 Emissions – see www.shippingandco2.org

•The International Chamber of Shipping (ICS) is the principal international trade association for ship operators, with member national shipowners’ associations in 36 countries. It represents all sectors and trades and over 80% of world tonnage at the various intergovernmental bodies that impact on shipping, including IMO and UNFCCC.

· The UNFCCC secretariat report on long term finance can be seen at http://unfccc.int/resource/docs/2012/cop18/eng/03.pdf Paragraphs 25 and 55 are especially relevant to international shipping.

He died in 1985 but this very personal museum can be a lasting
reminder of a very remarkable man. Instant availability
is what exactly is triggering ebook piracy too. We’ll start our tour at
Marina Grande for the north shore from the island, about one third with the way
in looking at the easternmost point.