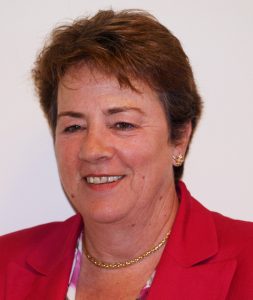 Shipowners, port users and regulators have been provided with a comprehensive and detailed overview of the many activities undertaken by port agents by The Federation of National Associations of Shipbrokers and Agents (FONASBA). The international association today (Monday 3 December) publishes the Port Procedures Survey (www.fonasba.com/fonasba-initiatives/fonasba-port-procedure-survey), an ambitious project which has codified the numerous separate functions required to get a ship into port, get it loaded or unloaded, and sail to the next port of call. The move is designed to aid regulatory efforts to streamline and harmonise port procedures as well as demonstrate the value of ship agents to shipowners and operators.

The Port Procedures Survey is based on the input of ship agents in more than 30 FONASBA member countries and provides a very detailed picture of the actions needed to be undertaken in each port.

FONASBA President Marygrace Collins said: “The survey demonstrates that as  many as 150 separate actions may be needed to be undertaken by ship agents when dealing with a port call, but there is very little consistency in the way that these actions are undertaken at international, regional or even local level. The amount of time a vessel spends in port has a huge impact on the profitability of a voyage and it is imperative that both regulators and port users understand exactly what ship agents do. FONASBA recommends that professional and well-qualified agents are used to ensure that all functions are carried out to the highest standard.”

The Survey concentrates on major ports in the dry and liquid bulk, container and passenger sectors, but these will be supplemented and expanded on an ongoing basis.

The Survey can be freely viewed at www.fonasba.com/fonasba-initiatives/fonasba-port-procedure-survey

Founded in 1969, the FONASBA focuses on liner and tramp chartering, sale & purchase and documentary affairs across all shipping markets.