IMO Secretary-General to highlight key issues during visit to Chile 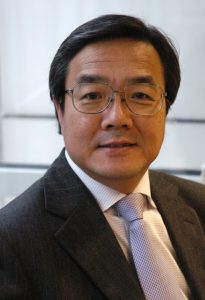 IMO Secretary-General Koji Sekimizu is to visit Chile this week and will take the opportunity to highlight a number of important issues on the Organization’s current agenda.

On 5 December, Mr Sekimizu will speak about IMO’s commitment to sustainable maritime development at the Exponaval conference in Valparaiso, drawing on the outcomes of both the UN Climate Change Conference in Rio de Janeiro and the 2012 World Fair in Yeosu, Republic of Korea, to establish a blueprint for future developments in this regard.

Then, he moves on to a special conference in Punta Arenas on Search and Rescue in the Antarctic region, and the Polar Code. Here, he will draw attention to the unique difficulties faced by ships operating in the Arctic and Antarctic environments. Poor weather and the relative lack of good charts, communication systems and other navigational aids pose challenges for mariners. The remoteness of the areas makes rescue or clean-up operations difficult and costly. Cold temperatures may reduce the effectiveness of numerous components of the ship, ranging from deck machinery and emergency equipment to sea suctions. When ice is present, it can impose additional loads on the hull, propulsion system and appendages.

Mr Sekimizu will talk about the Polar Code being developed by IMO to cover the full range of design, construction, equipment, operational, training, search and rescue and environmental protection matters relevant to ships operating in the inhospitable waters surrounding the two poles – particularly in the context of increased tourism to these regions – and will draw attention to Chile’s own tremendous contribution to the development of search and rescue faciltities and techniques in the region.

Thereafter, it is hoped that Mr Sekimizu will be able to visit Antarctica himself, although the precise itinerary will be weather-dependent.