Associated British Ports (ABP) announces that, after completing six years at the helm, Chief Executive Peter Jones has announced that he will retire at the end of March 2013. He will be succeeded by James Cooper, who has served as a Non Executive Director of ABP since May 2007.

Over recent years, ABP and the port industry as a whole have faced the most challenging economic conditions in living memory and yet, under Peter’s leadership, ABP has continued to deliver consistent growth. Peter leaves a business that is well placed to face the challenges of the future while ABP’s opportunities for growth have never been greater. 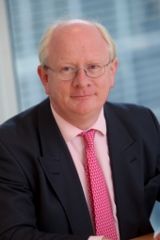 James Cooper is currently a Director of Infracapital, the European infrastructure fund of M & G Investments, one of the four investors in the Admiral Consortium that acquired ABP in 2006. He will join the team at ABP on 1 March 2013 and will assume responsibility as CEO from the beginning of April.

Commenting on the announcement, Peter Jones said: “It has been a privilege to serve as ABP’s Chief Executive for the last six years. We have a strong, motivated team of people at ABP who will ensure that the business continues to prosper. I wish James, who I have known for nearly 20 years, all the best for the future.”

James Cooper commented “I am delighted to be taking on the role of CEO of ABP. The business is in excellent shape and I look forward to working with my colleagues to develop ABP’s considerable potential for growth.”