On the right, the speaker Thomas Thune Andersen, Chairman of Lloyd’s Register and Graham Barnes from BankServe Insurance Services who chaired the event*

While we face a period of over-supply of tonnage and are experiencing a rather painful market correction, the long-term opportunities for shipping are vast, Thomas Thune Andersen, chairman of Lloyd’s Register, told the latest meeting of the International Maritime Industries Forum in London.

He forecast that population growth, urbanisation, emerging new middle-classes, and unrelenting consumption will underpin expansion in all the traditional shipping trades.  The challenge for shipowners was to predict the impact of these trends on the mix of vessel types required.

The IMIF meeting was hosted by Norton Rose, with a welcome from partner Harry Theochari, head of transport at the law firm.

Mr Andersen noted that the wet trades have been subdued for some time and the focus was now on gas.  The emergence of shale gas production meant that for the first time the US would be a net exporter of energy.    Regardless of whether the trade routes change, liquefied natural gas will have a profound impact on energy supply for many years to come, and the demand for gas carriers will continue to grow, said Mr Andersen.

The impact of shale gas in the US was now firmly seen by most global economists to have a knock-on impact on manufacturing economies and change the dynamics of low-cost economy manufacturing – which will have a consequent impact on the container trades. 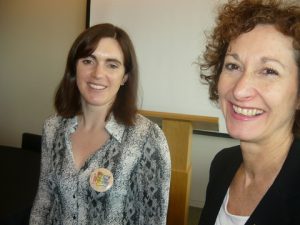 As the Lloyd’s Register chief executive, Richard Sadler, had said on recent occasions, , the domination of China in consumption of world oil and gas, will have a fundamental impact on the tanker trades.  “We are all aware of China’s intentions to order up to 40 VLCCs.  This should be a warning to the trade – China has a clear strategy to dominate the trades between the Middle East and China, ” said Mr Andersen.

The Lloyd’s Register chairman, who has held senior positions with AP Moller-Maersk during his career, said that world population, already more than 7bn, was forecast to reach around 9bn by 2050. “As an absolute minimum, these people will need food and water, ” said Mr Andersen. “They will also need somewhere to live. More of them are living in cities – two more every second, according to the United Nations. The world will be 70% urbanised by the year 2050 according to the UN – with some 6.4bn people living in cities around the world.  They want a better life: better food; better clothes; more opportunities. They will need transport and power.” 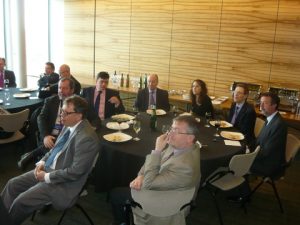 participants at table no. 4  amongst them ITF’s General Secretary David Cockroft in the centre, David Tongue with Simon Bennett from the ICS, Dereck Hodgson from IACS, and  Liz McMahon from Lloyd’s List.

The International Energy Agency (IEA) forecasts global energy demand rising by over one third between 2010 and 2035. How this demand is met will evolve in parallel with the development of fuel availability, technology efficiency and environmental sustainability.

Globally, fossil fuels are expected to continue to dominate primary energy demand for the next 30 years although the balance between coal, oil and gas is changing. Renewables and natural gas are set to experience the largest growth globally.

“Rapid advances in computing, robotics, bio- and nanotechnology will affect our industry in a way we cannot possibly comprehend today, ” Mr Andersen went on.. 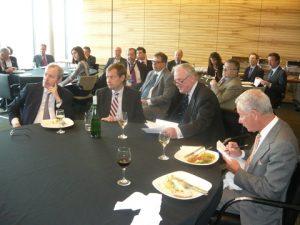 Air pollution from ships was a global political and regulatory challenge, as pollution does not recognise political boundaries and yet all of society benefits from, and is dependent on, efficient low-cost transportation by ships.

We see an acceleration of economic production and consumption from north to south and from east to west.  This has created a new rising middle class in developing countries – changing consumption patterns.  According to the OECD, Asia accounts for less than one-quarter of today’s middle class; by 2020, however, that proportion could double. 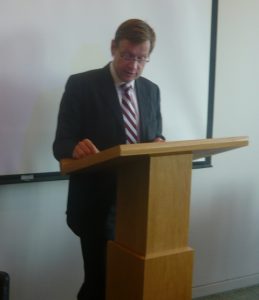 Thomas Thune Andersen at the podium delivering his speech

What is clear from these emerging global trends is that shipping and shipping-related industries are here to stay and will play an ever more vital role in the global supply chain.

“Shipping should not and cannot be viewed in isolation from these emerging global challenges.  We live in a time where there is huge uncertainty about the future…  which makes possibly the best environment for shipping’s risk-takers!” Mr Andersen concluded.

*Jim Davis, chairman of the IMIF, sent his apologies for absence from the meeting because of the funeral of his mother-in-law in the Netherlands.

ITF Seafarers’ Trust aims are “noble and worth pursuing”

ClassNK Archive Center (NKAC) is upgraded to be...