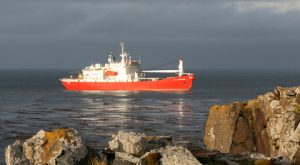 Lloyd’s of London broker Jardine Lloyd Thompson (JLT) and a group of Lloyd’s syndicates, alongside other major insurance companies, have underwritten a bespoke policy to cover one of the largest and most challenging polar expeditions ever undertaken.

Billed as the Coldest Journey, Sir Ranulph Fiennes will lead a team of five other explorers as they attempt to become the first people to traverse Antarctica in the winter, a feat never before attempted. The crossing has been considered too dangerous to try until now, and is described by the team as the last great polar challenge.

Up until now, The Foreign and Commonwealth Office has refused permission to take on the challenge because it has always been deemed far too risky and the chances of disaster too high. However, permission was granted for this expedition after it was shown that technological innovations could mitigate some of the major risks of the crossing.   Insurance also played a critical role in obtaining permission. The UK Foreign and Commonwealth Office required evidence of adequate insurance cover to ensure that the pristine Antarctic environment would be protected.

The unprecedented nature of the expedition and the extreme conditions made the risk difficult to assess and place, says Justin Gillingham, Partner at JLT Specialty.   “This was not an easy risk to place. We had to design a specific product and seek the support of insurers for an expedition that had never been attempted before, ” he says.

“The risk does not fit in the traditional contingency, marine, property or liability markets, and many insurers felt they did not have the expertise to assess the unusual risk, ” says Gillingham.

The policy covers search and rescue and the cost of remediating any potential damage to the sensitive Antarctic environment, such removing abandoned or broken down equipment.   Four years in preparation, the expedition requires a huge amount of specialist equipment able withstand the extreme polar conditions, says Medniuk, who also arranged the insurance programme for Sir Ranulph’s 1979 – 1982 Transglobe Expedition.   The expedition will make the traverse driving two specially adapted caterpillar tractors that will pull two converted cabooses – home to the team’s dormitory, workshop and science laboratory – as well as supplies and fuel. Team members will ski ahead of the vehicles with crevasse detection equipment. Some 100 tonnes of equipment left London on 6 December2012, and is now en route to the Antarctic where it arrives in late January 2013.

The 4, 000 km traverse gets underway in March and will see the explorers spend 273 days on the ice, mostly in complete darkness, and in temperatures possibly as low as minus 90 degrees Celsius. The expedition team will be entirely self-sufficient as there is potentially no search and rescue facility available in the winter due to darkness and hostile conditions.   Until now, the challenge has been seen as a step too far.

The primary aim of the expedition is to raise a $10m for Seeing is Believing, an international initiative established by Standard Chartered Bank which is tackling avoidable blindness. The expedition also has a scientific and educational mission, as the team will carry out scientific data collection and broadcast its adventures to potentially 100, 000 schools via a web portal.   “Crossing the Antarctic during winter is a wonderful and unique opportunity to collect key scientific data to further scientists’ understanding of Antarctic continent and human response to isolation and extreme conditions”, says Dr Dougal Goodman, Chief Executive of The Foundation for Science and Technology and Deputy Chairman of the expedition’s science committee.   The policy is 55% underwritten at Lloyd’s with the remainder supported by the London company market.