Slow steaming ahead: the impact of economic conditions and environmental scrutiny 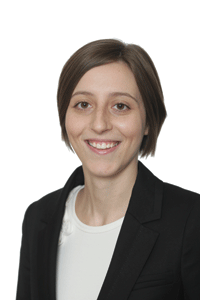 The shipping industry has seen a return to slow steaming since the credit crunch in 2008, as a result of reduced freight and increased bunker rates. Together with the increased focus on environmental efficiency, this has thrown up a number of complex legal and commercial issues.

Slow steaming raises a number of legal issues, most notably in relation to the implied charterparty obligation of due despatch and deviation for delay under bills of lading.

There is an obvious conflict between an obligation to prosecute a voyage with utmost despatch and an obligation to slow steam. The new BIMCO fuel efficiency terms for time and voyage charters recognise this issue and provide that if the Master exercises due diligence in the performance of his/her instructions, he/she will not be in breach of the reasonable despatch obligation.

However, the problem does not end there. The utmost despatch obligation may also be on a contractual footing under the bill of lading. This exposes carriers to the risk of claims for deviation by delay. The BIMCO fuel efficiency terms seek to redress this by obliging charterers to ensure that the terms of the bill of lading, waybills and other documents evidencing the contract of carriage issued on or behalf of owners state that compliance by owners with the fuel efficiency clause will not constitute a breach of the contract of carriage. The clause also requires charterers to indemnify owners against all consequences and liabilities arising under the bill of lading to the extent that such liabilities have resulted from owners’ breach of the obligation to proceed with utmost despatch or are held to be a deviation. It is foreseeable that disputes will arise where there is a failure to incorporate the terms.

Owners seeking to slow steam under a voyage charter that does not incorporate the BIMCO terms should pay particular attention to these dangers as they are exposing themselves to claims for breach of both the charterparty and bill of lading. Whilst it may be possible to obtain retrospective agreement from charterers, this is unlikely to be feasible under the bill of lading. The same risk, in terms of bill of lading claims, applies to time charters.

Despite these potential pitfalls, slow steaming remains an attractive option given increased environmental scrutiny as well as the obvious economic benefits. The benefits of fuel efficiency have long been recognised in the container industry. However, with the financial recession and bunker rates now exceeding US$700 per tonne, slow steaming has become more widespread, including in the dry bulk and tanker sector.

There has also been increased pressure on the shipping industry to reduce the 3-4% of global CO2 emissions from international shipping, as well as sulphur emissions. This pressure is likely to increase with the IMO’s sulphur requirements due to come into force in 2015 for Emission Control Areas.

Despite the current oversupply of tonnage and low charter rates in some sectors, the combined effect of increased environmental regulation and spiralling bunker costs has seen owners who are in the market for new vessels, ordering eco-ships. Owners will no doubt seek to invest in more fuel-efficient vessels in the long-term, as efficient vessels have a commercial advantage.

This change in attitude has also seen a renewed call to retro-fit older vessels with fuel efficient technology, involving engine modifications and modern hull coatings. A barrier to this happening widely is the current split of incentives between owners and charterers, where the charterer of a retrofitted vessel stands to save on bunker costs, but the owner sees the capital investment as a risk, because he is not certain of gaining a share of the savings if charter rates do not increase. The Sustainable Shipping Initiative is currently developing methods to align incentives for retro-fits by reapportioning the risks and fuel cost savings between owners, charterers, banks and technology providers.

In summary, owners who are keen to implement slow steaming practices will find the BIMCO fuel efficiency terms a useful starting point. However, owners will also want to be aware of the increased scrutiny of the shipping industry and ensure that their fleets are ready to meet the more stringent environmental regulations. Despite the difficult financial conditions, some owners appear to be rising to these demands by looking to bring eco-vessels into charter.

A version of this article appears in The Baltic, Winter 2012 (magazine of The Baltic Exchange).

An arbitration mystery tour? Determining the governing arbitral law where the arbitration clause is silent