An Italian ambassador for the avant-garde returns to London: Whitechapel Gallery opens its latest exhibition 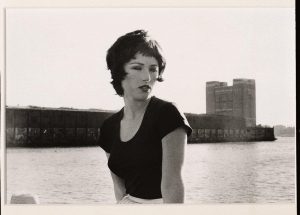 An Italian ambassador for the avant-garde returns to London: Whitechapel Gallery opens its latest exhibition, By James Brewer

Twenty years ago, an Italian business graduate, Patrizia Sandretto Re Rebaudengo was inspired to begin a collection of contemporary art during a stay in London. She was particularly inspired by her visit to the studio of Anish Kapoor, the Indian-born British sculptor who has lived in the UK since the early 1970s.

Thus began what is now one of the largest and most wide-ranging private collections of contemporary art in Europe, the Collection Sandretto Re Rebaudengo, with more than 1, 000 pieces.

“So London for me is very important, ” Ms Sandretto Re Rebaudengo told us on her latest visit to the capital.  She was there for the opening at the Whitechapel Gallery of a selection of works from the foundation’s collection, under the title Viral Research. “I started to buy British art, then American, then art from other countries, ” she said. 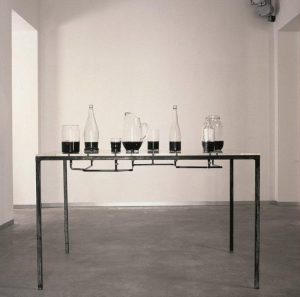 What started as a hobby, became a full time career for Ms Sandretto Re Rebaudengo when she launched the Fondazione in 1995. She saw in the creation of an arts foundation the opportunity to transform her passion into an organised activity able to collaborate more effectively with Italian and foreign institutions. The highly experienced curator Francesco Bonami – who worked with curator Achim Borchardt-Hume from the Whitechapel side in organising the current exhibition and others at the Whitechapel – was appointed artistic director of the foundation in 1995.  The Fondazione set up its first gallery at the 18th century Palazzo Re Rebaudengo just outside Turin, in Guarene, in 1997, and opened its current 3, 500 sq m headquarters in Turin in September 2002.

Stakeholders of the non-profit institution include founders and supporters, the region of Piedmont, the city of Turin, Fondazione CRT which has an origin in the banking sector, Compagnia of San Paolo, the Chamber of Commerce and Asja Ambiente Italia.

The foundation has a strong tradition of international loans of its avant-garde art in line with the main aim of encouraging a greater understanding of contemporary art and of today’s trends. At any one time, some 40 to 50 of its objects will be “on the road.” Among its activities, the foundation awards an annual prize, the Premio StellaRe, honouring the achievements of women. The arrival of works – all of a monochrome nature – by 10 artists is part of the Whitechapel Gallery’s agenda of showing of public and private collections rarely seen in the UK.

Viral Research takes its title from a work by US sculptor Charles Ray which features a miscellaneous array of glass bottles on a transparent table and interconnected under the table by a system of pipes. Remarkably, each vessel contains the same level of thick black ink, a physical rather than an artistic trick. It reminds us of schooldays physics and chemistry lessons, but more tellingly can be seen as a comment on the potential of another black substance – crude oil – to settle damagingly on sensitive parts of the globe.

Even more disturbing is a sculpture by Warsaw-born Piotr Uklański. Untitled (Alpha & Omega) is an arrangement of more than 80 pots and vases protruding defiantly and horizontally from their base on the wall. As the viewer changes his angle, the assemblage forms an aggressive cityscape, or an archaeological site, or a trumpeting orchestra. This kind of pottery is fairly easy to find in Poland, but in the gallery looks bizarre in a hypnotic and forceful way, even more so when you start peering into the interiors of each vase.

Piotr Uklański, who is active both in Warsaw and New York, has a substantial reputation for daring experiments in sculpture, photography, collage, performance, and feature film. One of his best known works, The Nazis (1998), was a frieze of 122 images of the heads and shoulders of actors in military uniforms, taken from European and American movies of the last 50 years, and intended as a critique of the ‘dark glamour’ of Nazi chic,

In Cindy Sherman’s monochrome Film Stills young women are photographed in scenes that look as though they are from movies, but confusingly they are all portraits of the artist. The Whitechapel Gallery’s programme of collection displays is supported by Hiscox Insurance.