Playing with fire, Acrylic on bubble-wrap by Charlie Masson

In the latest incarnation of the group show Transformation, featuring contemporary artists with Italian connections, everything is not quite what it seems.

Bold statements are given added edge via the medium of bubble-wrap paper; canvas seems to turn to stone; faded petals float with new life; banal images from the internet are revealed as scenes of tragedy and war.

The over-riding message here is that the process of change persists. It is a persistence of memory, but more so of metamorphosis.

Curator Carola Syz states that in this context transformation “is intended as a transition, a phase in a life that leads to tangible forms of the new; initiating and implementing change. .. All exists in stages and it is frequently the midpoints, straddling between these stages, which are the most arresting.”

Earlier this year, Transformation had a brief but weighty showing at an evening reception hosted by the Italian Ambassador to the UK, Alain Giorgio Maria Economides, who gave a welcome at the event marking its transfer for a longer period, to January 9 2013, to the Selma Feriani Gallery in the West End.

This time the work of 10 of the artists has been hung for public gaze and contemplation (and of course, purchase).

The maestro of the bubble paper is Charlie Masson, who was born in New York to an Italian mother and a French father. He is clearly influenced by the late Roy Lichtenstein, the American pop artist, in his comic strip representations, but his use of bubble wrap endows his work with a provocative layer of ambiguity.  Charlie’s large frames are described as being “acrylic on bubble-wrap, ” and at first glance it looks as though that should read “bubble-wrap on acrylic, ” but the secret is that the paper is painted on the reverse side, so that each airy bump elevates the drama of the work. Charlie hit on the notion of using bubble paper after receiving a parcel in the post and wondering if he could integrate it into his painting. The technique is not as easy as it looks, and Charlie seems to have made it his own.

We have noted before in these columns the challenge of finding a translation for the term ‘bubble wrap.’ Charlie told us: “Having worked on some bubble-wrap pieces in Italy, for the sake of my work I had to find out what the correct translation for the material was. It is actually called ‘pluribol’ in Italian. However, most Italians don’t know that unless they are in a business that regularly uses it. Most will refer to it as ‘pellicola a bolle’ or describe it as a packaging paper with bubbles in it.”

Some of the paintings in The Memory of Things to Come series by  Annalisa Catelli, who was born in Turin and has lived in New York and London, look as though they have been executed on stone, or even marble, rather than canvas. That makes all the more engaging her depicition of a seemingly random collection of objects, which she says symbolises the link between past and present, representing the power of memory.

Niccolo Fano is hi-tech up-to-date with his photo images, which incorporate a code that can be interpreted through the computer, “to explore and challenge the limitations and misconceptions of photographic portraiture.”

Rome-born Francesco Patriarca presents images taken from the internet that seem as soulless as the Western perception of the ‘faraway places’ depicted. In fact the images refer to the violent ambience of Afghanistan, the Gaza Strip, concentration camps in Cambodia and deforestation in Ethiopia, and Francesco adds drawings to impart the nervous energy such scenes should impart.. 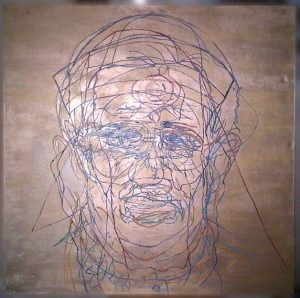 Babylon, enamel and gold on canvas, By Nadia Perrotta

Nadia Perrotta has produced under the title Babylon a powerful composite portrait of religious leaders including the current Pope, the Dalai Lama, Patriarch Kirill of Moscow and All Russia, Rabbi Ahron Cohen, Ayatollah Khomeini, Indo-American spokesman Rajan Zed,   and Onisaburo Deguchi of Japan. She has used the same technique for Venus, which embraces portraits of real and fictitious women who were said to be the most beautiful in history: the goddess of fertility, Cleopatra, Venus de Milo, Maria Maddalena (by Gentile da Fabriano), Venus (by Botticelli), Marie Antoinette, Evelyn Nesbit (the first supermodel of the modern era), Mata Hari, Marilyn Monroe, Barbie, and Naomi Campbell.

Carola Syz introduces her own works from her photographic series Transformation that originated in her contemplation of fallen flower petals. Carola’s fascination with Indian and Chinese mystic culture permeates these images printed on aluminium, in which the petals take on a wispy, wistful after-life: they have been transformed in the very instant of their descent to the earth. 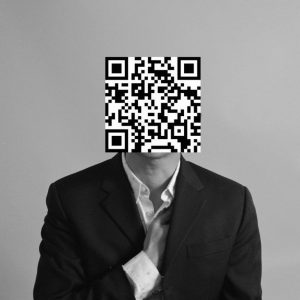