A seasonal tradition continues at AtoBviaC 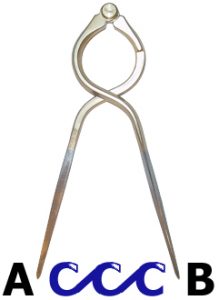 As far as seasonal customs go in the shipping industry, the advent of the New Year’s Wordscale tanker flat rates, currently arriving on desks worldwide, has proven to be one of the most reliable. And again, this reliability extends to the choice of AtoBviaC as Worldscale’s partner in calculating these rates.

For the ninth year in succession, new Worldscale flat rates have been calculated using round voyage distances taken from tables developed by AtoBviaC – the BP Shipping Marine Distance Tables – widely recognised as offering the gold standard for distance calculations.

“In today’s difficult business climate accurate data is essential to control costs, ” says Bill Morris, Director of AtoBviaC. “Since AtoBviaC was launched we have worked hard to build a reputation for reliability, consistency and quality.  We are delighted that Worldscale has again recognised that commitment to the industry and has shown its support for our quality product.”

AtoBviaC is the only company which offers routes calculated by Master Mariners. They are not supplied by a computer generated algorithm and so provide accurate, reliable calculations that can be trusted, taking into account issues such as traffic separation schemes and navigational restrictions.

“We are delighted to be again pairing with AtoBviaC, ” said Robert Porter, Managing Director, Worldscale. “The BP Shipping Marine Distance Tables they produce are the industry standard when it comes to accurate distances and our customers expect nothing less than the best.”

Established in November 1952 by the London Tanker Brokers’ Panel at the request of British Petroleum and Shell, Worldscale is a unified system of establishing the cost of shipping oil from one port to another by sea. Its table of published rates covers 320, 000 voyage permutations from one or more loads to one or more discharge ports. The freight for a given ship and voyage is normally expressed as a percentage of the published rate and reflects the freight market demand at the time of fixing.

US trade balance with China improving on higher...