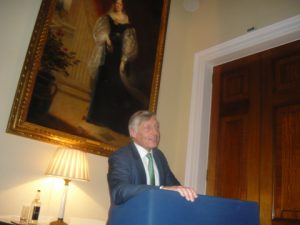 The size and volatility of very large insurance claims in the shipping market is unlikely to abate, Joe Hughes, chairman and chief executive of Shipowners Claims Bureau, which manages the American P&I Club, has warned.

Speaking at his annual briefing for members and other shipowners and brokers at Trinity House, London, Mr Hughes said that this was particularly the case where wreck removal and salvage were involved.

On top of this, attritional exposures would probably maintain an upward trend, said the American Club manager who was accompanied on the day with a strong team from the club’s New York HQ, including Vince Solarino, president and chief operating officer. 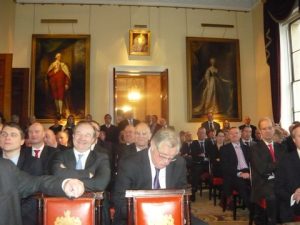 Claims on the pool operated by the International Group of P&I Clubs for sharing the costs of pay-outs above the level retained by a club directly concerned in a casualty were in a “hyper-volatile pattern, ” said Mr Hughes. This was underlined by the high costs of the Rena and Costa Concordia incidents, in which the ships had their P&I coverage with other mutuals.

Levels of pool claims for both 2011 and 2012 are among the highest ever, and the absorption of risk by individual clubs and the International Group was likely to grow. 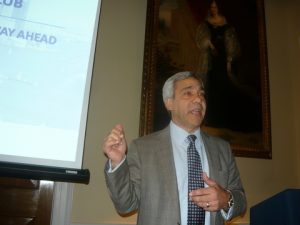 Mr Hughes had a further sombre analysis of the shipping market as a whole, in that while the club is optimistic that the global economic recovery will gain pace during 2013, the signs are that freight markets will continue to lag with sustainable improvement unlikely before 2015. More remained to be done in regard to the equilibrium of ship supply. 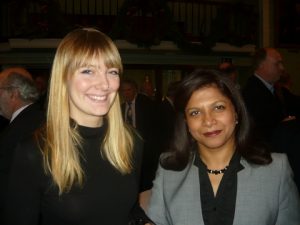 Against this difficult background, the American Club’s core business is performing well, Mr Hughes declared, with entered tonnage and premium income stable, retained claims exposures moderating, and operating overheads under tight control. Premium has been steady at around $100m each year since 2009, and free reserves have risen substantially. Free reserves per gross ton at $3.91 were above the International Group club average of $2.80. 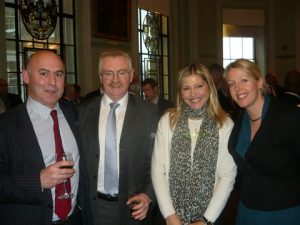 Entered tonnage for mutual P&I risks in the American Club currently totalled some 16m gt. The Asian portfolio represents the largest segment of membership by tonnage at 43%, followed by Europe (reflecting a considerable amount of Greek tonnage) at 41%. The club’s US business remains strong: while its tonnage represents some 13% of the total portfolio, its proportion of total premium is much higher, comprising about a third of overall club revenue.

The club’s investment performance during 2012 was notable, and at end-November, the portfolio had returned 7.4% year-to-date, compared with 3.5% in 2011. 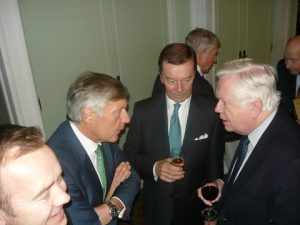 As to future prospects, Mr Hughes said it was ‘steady as she goes’ for the club, which may consider diversification into new business sectors.

Eagle Ocean Marine, a fixed-premium  P&I and defence facility underwritten by the American Club and reinsured at Lloyd’s and by other London market insurers,   providing cover for smaller ships (up to 12, 500grt) in non-US trade, was gaining a firm footprint in the market, especially in Asia, from where some 62% of its entries are derived. Some 18 months since its start of operation, the facility has around $10m in cumulative premium, and incurred claims were “developing respectably.” Eagle Ocean can provide cover up to $50m per risk, although most clients choose a $25m limit.

Mr Solarino said that the club was reviewing measures to restructure some of its equity portfolio, so that its capital strength could qualify it for Standard & Poor’s BBB investment grade rating. The club is rated BB+ at present. 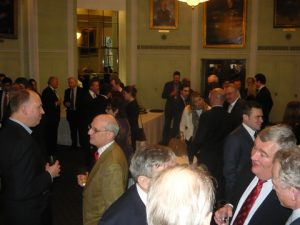 A view from the buffet lunch reception

Mr Hughes said that the club has appointed a historian to compile a review of its years of activities ready for its centennial on Valentine’s Day, 2017.  Research has confirmed that the club – now of a fairly modest size – was once the largest mutual of its type in the world.  This came about in 1919 when the US government requisitioned the entire American blue-water merchant marine, and all 5, 000 ships were entered into the club as part of a continuing war administration programme.

Discussion over the many issues raised during the slides presentation, on the state of the international maritime and insurance markets, continued at the lively reception which followed.