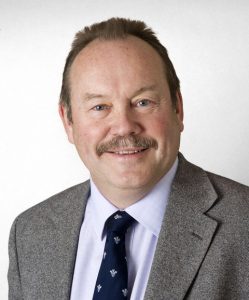 Chris Charman has now taken over from Hugh Williams as Chief Executive of the International Marine Contractors Association (IMCA). He joined the association on 3 December working with outgoing CEO Hugh Williams, who is retiring at the end of the year.

With two weeks in post under his belt, during which he has met scores of members and attended a host of meetings, Chris Charman said: “I love the passion I am seeing from members and am greatly looking forward to working with them in the coming years; and to learning in detail what they do. I am already appreciating the warmth of their welcome and generosity in time. They are passionate and committed people – something I share.

“I am a very ‘hands-on’ person, keen to get my boots wet in order to experience and properly understand the day-to-day issues faced by the full range of IMCA members. I have been involved with risk management and risk financing for many years, which is why I joined the Institute of Risk Management – ultimately sitting on their Board.  However, risk management training and education is one thing, but IMCA’s members are involved in the very real risk management of lives and assets, where the daily application of risk management practices pay tangible dividends in improving standards and best practice.

“I would like to pay tribute to Hugh Williams’ fantastic stewardship; he has taken IMCA on a highly successful voyage over the past ten years. I have thoroughly enjoyed working with him during the handover period and inherit a robust and healthy organisation. The change of hands on the tiller provides an opportunity to assess where we go in the next ten years, continuing to deliver successfully to our ever-growing membership, whilst constantly striving to reach and maintain the best standards possible. I look forward to meeting many more members in the weeks and months ahead.”

About Chris Charman The IMCA Chief Executive leads the IMCA secretariat and is responsible for delivering the association’s extensive global work programme.

Chris’ working life began in the Royal Navy as an officer. “Since then I have worked internationally and latterly with a number of trade associations and ‘not-for-profit’ organisations, with the vast majority of these roles being focussed on risk management of one form or another, ” he explains. “Managing risk effectively is, of course, a key goal for members of IMCA so I will be combining all these areas in a most interesting global role.”

After leaving the Navy he worked as a loss adjuster in London, Hong Kong, Papua New Guinea and Indonesia, travelling through most of the Asia Pacific region – dealing with the impacts of poor or failed risk management. Armed with this knowledge, he moved to the front end of the process, dealing with risk management and risk financing regionally for CURM in Singapore, returning to the UK as Managing Director in 1999 and overseeing the acquisition of the business by Thomas Miller.

In 2007 he moved to HSBC to develop their global business in the UK, EU and Asia Pacific. When the HSBC client base was taken over by a broker, he left and worked as a consultant involved with risk financing work for Heritage, and was the Interim Head of the Operational Risk Consortium at the Association of British Insurers. 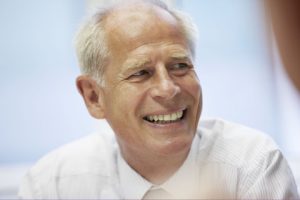 About Hugh Williams’ tenure at IMCA Hugh Williams joined IMCA as Chief Executive in April 2002. While providing the association with effective and diplomatic leadership, he has also very ably overseen and been instrumental to large changes to the association and its work.

“I want to thank Hugh for his 10 years’ IMCA leadership, ” says Andy Woolgar, Subsea 7, IMCA President 2012. “The association proudly flies its flag whose logo is recognised and respected as never before. A huge transition has been shaped and a body of guidance published to support members in every aspect of marine construction. Hugh has cheerily and diplomatically led this, fielding  members’ views and demands and finding routes which the whole membership from all their diverse backgrounds can support. Much has been done. There is success, direction and momentum for Chris and an opportunity to take IMCA into its next phase.”

As Technical Director, Jane Bugler writes in the current issue of IMCA’s ‘Making Waves’: “During his tenure IMCA has widened its global spread, with Hugh being actively involved in setting up both the Deepwater Americas section (now called the Central & North America section) and also IMCA’s section in South America.  In addition, IMCA’s membership has risen from 150 when Hugh joined to the present world-wide membership of nearly 900.

“Hugh, in his enthusiastic and energetic approach, has also built a strong secretariat to help support IMCA’s growth both in membership and in its provision of internationally accepted and respected technical guidance – achievements of which he should be suitably proud. Hugh will leave IMCA at the end of December, but his achievements will live on, and I am sure that members will wish to join the secretariat in wishing Hugh a long and well deserved retirement.”

• IMCA is an international association with nearly 900 members in more than 60 countries representing offshore, marine and underwater engineering companies. IMCA has four technical divisions, covering marine/specialist vessel operations, offshore diving, hydrographic survey and remote systems and ROVs, plus geographic sections for the Asia-Pacific, Central & North America, Europe & Africa, Middle East & India and South America regions. As well as a core focus on safety, the environment, competence and training. IMCA seeks to promote its members’ common interests, to resolve industry-wide issues and to provide an authoritative voice for its members.

DNV and GL to merge

ALBA was awarded with the Silver Effie Award for the campaign FEE or FREE, designed by LOWE Athens