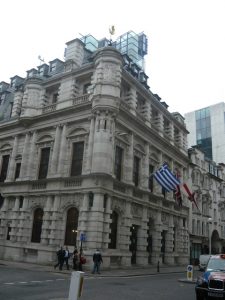 Nearly 200 guests, the majority being members of London’s Greek shipping community, gathered last Thursday to celebrate the New Year and to cut the traditional Vassilopitta.

A full house at Lloyd’s Register HQ’s building in the City listen to Thomas Thune Andersen’s speech, cheered the lucky punter of the Byzantine sovereign Gerry Vagliano and exchanged views on the shipping markets!

This is one of the major City events/celebrations worshipping the Greeks, their tradition, maritime values and takes place at the society’s old listed building at 71 Fenchurch Street. It was the third such event under the Chairmanship of Thomas Andresen, who together with CEO Richard Sadler, Apo Poulovassilis Head for Greece and EMEA and their business development teams headed by Costas Papadakis presented us with an unforgettable event. Supported by the children’s chorus of the Hellenic College under the direction of Julieta Demetriades , who sang the traditional Greek and English carols with excellent drinks and mostly Greek cuisine dishes the event went on until late. 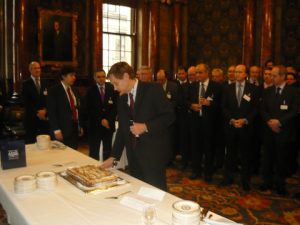 Thune Andersen’s brief but to the point speech should be given to all members of the Greek Parliament to see the success of the golden Greeks, the masters of the seven seas and the only real hope for the suffering nation’s return to prosperity and to all those involved in the shipping, trade and shipbroking business to see another pragmatic view of the shipping industry; he said:

“Welcome to you all. 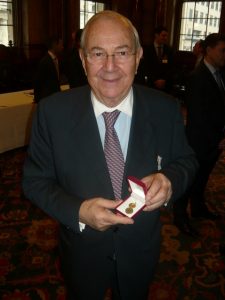 We see growing interest in LNG carriers and offshore sector. 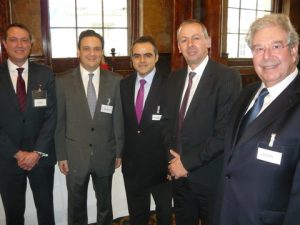 Holding the knife, he did the traditional three crosses – then the first four slices: First for Jesus, Second for St Nicholas, Third for Greek shipping in general and the Fourth for Lloyd’s Register! 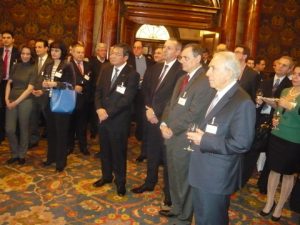 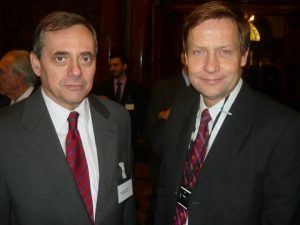 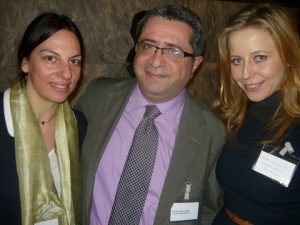