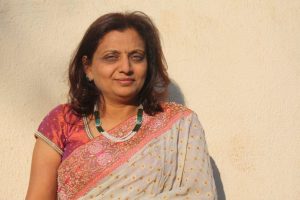 Leena Mody, the world’s only actively practising female average adjuster, is thriving in her new role of running her own business. Her dream of becoming an entrepreneur in her own right came true in July 2012 when she established Leena Mody & Associates in her home city, Mumbai.

The first six months have brought a string of adjusting appointments and marine consultancy requests which have put her company on a firm foundation.

Mrs Mody has a high reputation in the London and international marine markets, and takes the opportunity each May to visit the UK capital on the occasion of the annual meeting and dinner of the Association of Average Adjusters.

The association describes its members as by nature “problem solvers and mediators.”

Her success in the speciality is important at a time when the maritime community continues to be divided over whether general average – the process of sharing damages and expenses incurred by ship operators in proportion to the value of exposed cargo in a casualty – should be reformed or eliminated. Despite much talk about possible changes to general average or even its abolition, it seems likely that average adjusting will be in demand for some time to come. Qualified average adjusters pledge to be impartial and independent in their calculations. 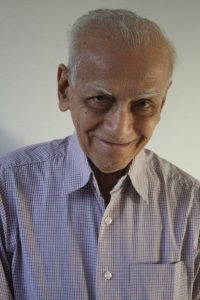 Mrs Mody, who spent 19 years with the reinsurance broking group JB Boda & Co, which she describes as a wonderful organisation with great colleagues, began as a junior adjuster there and through intense hard work first qualified as a Fellow of the Insurance Institute of India, and then in 2002 as a Fellow of the Association of Average Adjusters.

She was the first woman in Asia and the third in the world to qualify as an average adjuster. She rose at JB Boda to head the average adjusting division. She says that her ”mid-career course change arose out of my wish to try my hands at entrepreneurship, a dream I have always nurtured.” She is full of praise for her mentor, Ravindra N Sankalia, who as a member of the Association of Average Adjusters USA since 1984 has long passed on his wisdom to Mrs Mody. Mr Sankalia, who began his career with the mighty New India Assurance group, before joining JB Boda, is now a consultant to Leena Mody & Associates.

Latest to join the team is Siddharth Kulkarni, a graduate of Cardiff University with MSc in marine policy. He is working towards qualifying as an associate member of the Association of Average Adjusters. Mr Kulkarni says that his responsibilities at Leena Mody & Associates represent “exactly the kind of work I wanted to be involved in.”

Mrs Mody has presented many papers at seminars and conferences in India and elsewhere, on topics including the general average and insurance implications of piracy, salvage, collision casualty management, shipbuilders’ risks, and identifying the proximate cause of a tsunami casualty.

For the details, please see www.leenamody.com

Excellent article, as always.
Having known Leena Mody for so many years I find her not only a most professional person but a true friend.
I am so pleased that I have had the chance to visit her new office in Mumbai during my recent stay in India, on the happy occasion of her daughter’s wedding.